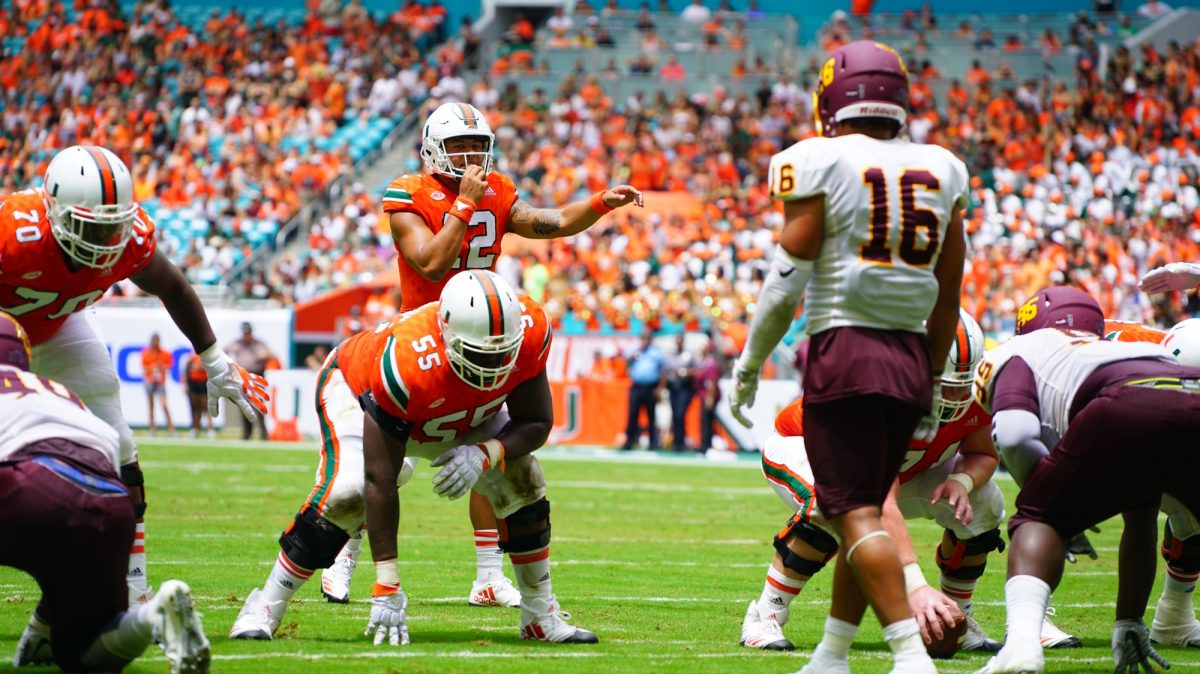 In preparation for their face-off against Toledo on Sept. 23, the No. 14-ranked Miami Hurricanes have already planned where they will be practicing for the next week.

UM announced Thursday that the team will practice at Disney’s ESPN Wide World of Sports Complex in Orlando, Florida, until further notice. Classes aren’t set to begin at the school until Sept. 25.

Miami’s athletic department chose to “mobilize the Hurricanes to Orlando as campus leadership and emergency crews continue to assess the damage to the Coral Gables campus.”

Because of the effects of Hurricane Irma, which has left millions of Florida homes without power, many Canes players and coaches made the decision to travel to Orlando on Tuesday, where they could work out and go over plays. Some players are still in their out-of-state homes with their families since evacuating Miami last week.

The athletic department says it will announce information regarding practice schedules in the coming days. The practices will not be open to the public, but there will be media availability.

The Hurricanes haven’t practiced since Sept. 5.