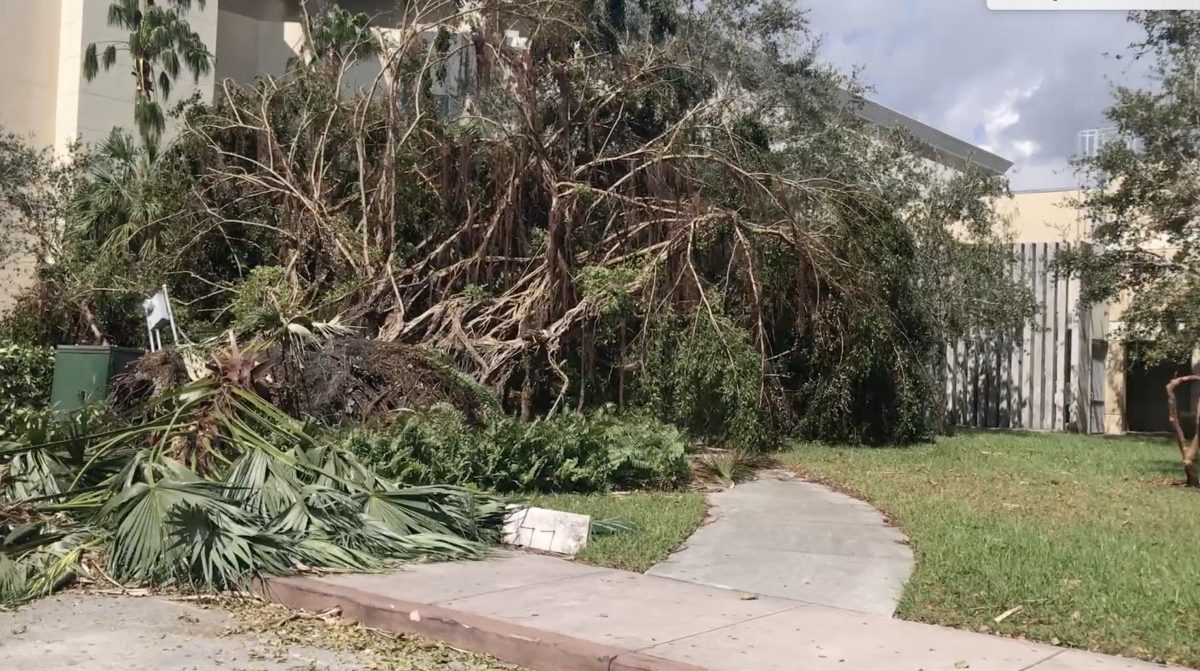 Two TMH reporters rode along with UMPD officials Wednesday to see some of the damage caused by Hurricane Irma on UM’s Coral Gables campus.

Though widespread damage and fallen trees are visible around campus, university officials said the damage was worse immediately after the storm. UM Facilities crews and outside vendors have been inspecting buildings and removing debris since Monday.

UMPD officials reiterated that campus is still closed to students, faculty and staff until they given the “all clear” by university officials.