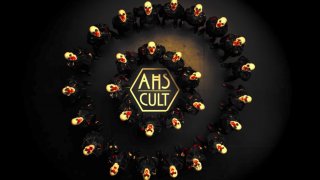 Photo courtesy of The Hollywood Reporter

To invoke fear, filmmakers and television show creators often use ghosts, covens or demons. But in the newest season of “American Horror Story,” the show creators used the sentence, “It is now official, Donald Trump is the next president of the United States.”

As the first non-supernatural season of the famous show’s franchise, “AHS: Cult,” explores one of the most frightening conversations to ever unfold at the dinner table since November 2016 – politics.

The show’s trailer begins with a newscaster announcing that Donald Trump has become president of the United States.

The news is followed by Ally, played by “AHS” veteran Sarah Paulson, screaming at the top of her lungs and a blue-haired, punk-looking kid trying to smash his TV screen.

In the trailer, Ally seems to go insane as the news of Trump getting elected consumes her and leads her on a downward spiral.

The trailer also includes masks of Donald Trump and Hillary Clinton, chains and someone washing blood off their hands. Although abstract, these characters and objects are exaggerated representations of the way cults are viewed.

The idea of a cult is most notably seen in the army of identical looking clowns that terrorize Ally and her family.

“Do you feel alone?” ask the clowns. “Do you feel like nobody understands you?” That is an all too familiar question that baits those who felt alone and desperate after the 2016 election.

One of the most terrifying elements of this season that differs from the previous is all gory crimes. In past seasons, such as “Coven” and “Hotel,” the majority of the crimes were committed by supernatural creatures, such as witches and vampires. This season’s crimes are committed by people.

This is just one of the ways “American Horror Story: Cult” takes political ideologies and leaders to their extremes.

“If you get people scared enough, they will set the world on fire,” said Kai in the trailer.

Discover for yourself if that statement is true by tuning into “American Horror Story: Cult,” premiering Tuesday, Sept. 5.