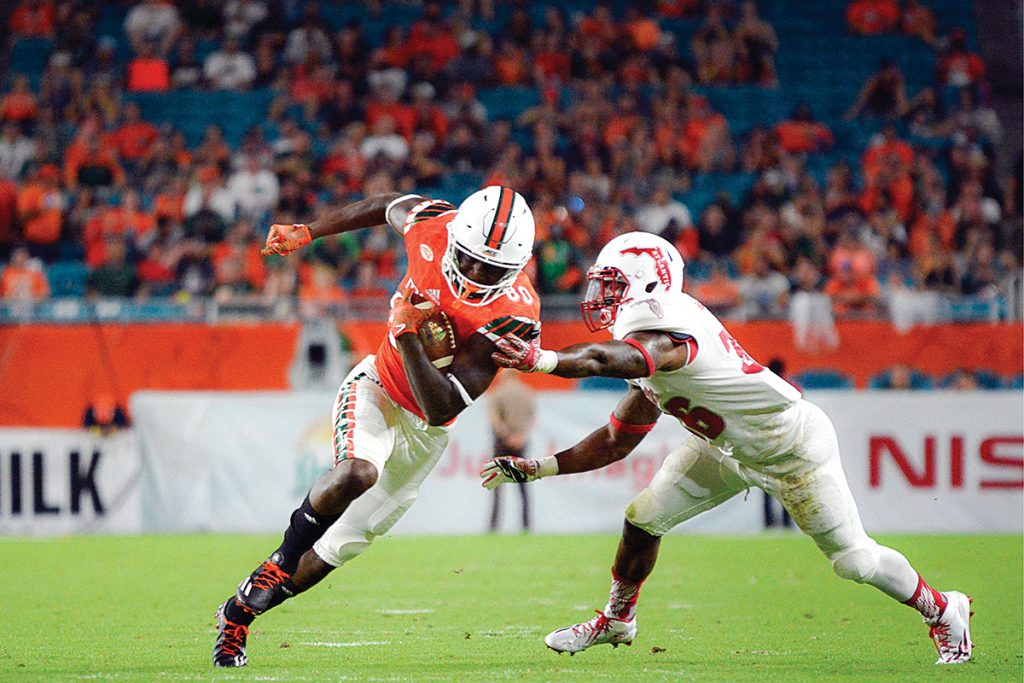 For the first time since 2010 and the second time since 2006, the Miami Hurricanes football team is ranked in the top 25 of the Preseason AP Poll. The Canes come in at No. 18.

UM finds itself two spots ahead of its final AP ranking last season. After its 31-14 victory over West Virginia in the Russell Athletic Bowl, Miami finished at the No. 20 spot.

Three other Florida teams made it onto the list, including No. 3 Florida State, No. 17 University of Florida and No. 19 University of South Florida. Only the Seminoles are on the Hurricanes’ schedule. They will face off in week 3 of the 2017 season.

Miami is in the midst of making a starting quarterback decision, with head coach Mark Richt saying he will make his choice on Tuesday.

The Canes’ season opener will be at home against Bethune-Cookman. The matchup is set for a 12:30 p.m. start on Sept. 2 at Hard Rock Stadium.