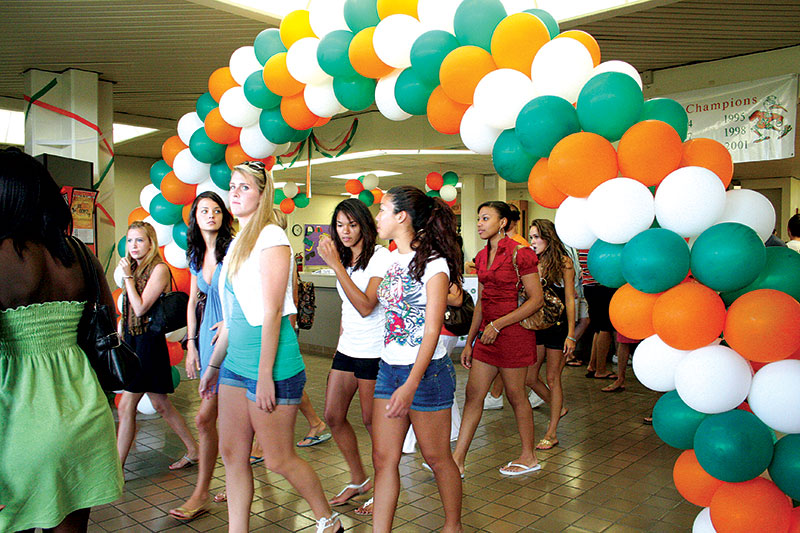 And just like that, one of the busiest weeks on campus is over. Orientation Week 2017 welcomed more than 2,000 new ‘Canes to the University of Miami. Here’s a look back on the week:

Students started the week with one less thing to worry about thanks to a new move-in service UM provided this year. The process, which University and Student Services (USS) calls “Cruise Ship Move-in,” was designed to help students arriving on campus to have an easier move-in day, and to ease traffic in the area.

Though the move-in process was made easier this year, some new students were still anxious about what was to come. Freshman Jackie Verge said she was nervous about the social and academic expectations of starting at UM.

“I’m most nervous about making new friends and meeting all the new people. I’m also really nervous about my classes because I’m taking physics,” she said.

Students were able to let off some steam during the Council of International Students and Organization’s (COISO) welcome party Tuesday night. Read more about the event here.

‘Cane Kickoff, the official beginning of orientation for the incoming class, included appearances by some of the university’s top administrators. Among them was President Julio Frenk who welcomed the students and their families.