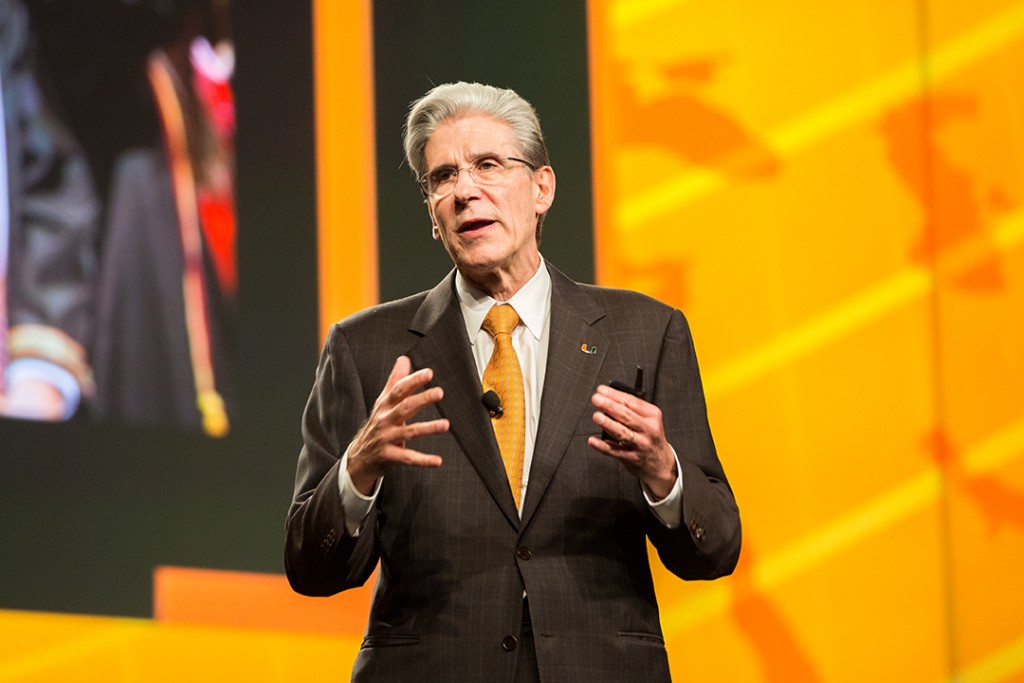 University of Miami President Julio Frenk met today with 17 leaders of the local Cuban-American community to discuss the future of the Institute for Cuban and Cuban-American Studies (ICCAS), and to address circulating rumors that falsely report UM will be shutting down ICCAS.

Community members, as well as Student Government President Adrian Nuñez and Federación de Estudiantes Cubanos President Kristine Reynardus, met with Frenk and other senior administrators for an invitation-only conversation. Nuñez and Reynardus were at the meeting to present the student perspective on the academic future of the institute.

Press were not allowed to cover the event in order to give attendees the privacy to freely express themselves, university spokesperson Megan Ondrizek said.

According to a statement released by the university following the meeting, Frenk reassured the 17 leaders that UM will not establish “any institutional agreements with the current Cuban government, including its universities.”

The ICCAS issue, the first public clash between the new president and the community, grew throughout the summer after former ICCAS director Jaime Suchlicki left the university. Suchlicki, who has a large base of support in the Cuban exile community in Miami, is reported to have said he resigned due to disagreements with the direction in which the university was steering Cuban studies. The university holds he retired after 50 years of service to UM.

The controversy unfolded parallel to evolving Cuban policies. The organization Facts About Cuban Exiles (FACE) wrote an open letter to President Frenk in July, calling for him to ensure the continuation of ICCAS at Casa Bacardí, where the center is historically located, and realistic views of Cuba after Fidel Castro’s death.

The letter also implied a difference of values with interim director, former Assistant Provost Andy Gomez, who began on Tuesday.

“The reality is that we are not in a post-Castro Cuba, as the Castro dynasty still holds power and will continue to do so even if behind a figurehead,” the letter read. “Casa Bacardí was not only ICCAS’ home, but also the intellectual home of Cuban exiles. If it is no longer led by Dr. Suchlicki, and instead led by someone willing to live with the fantasy of a ‘post-Castro Cuba,’ then it will be a fantasy that Cuban scholars in freedom cannot abide by.”

Today’s statement also announced that UM Provost Jeffrey Duerk will head a search for the instuitue’s new director and the university “will develop a mechanism for the Cuban-American community to provide input on this important search.”