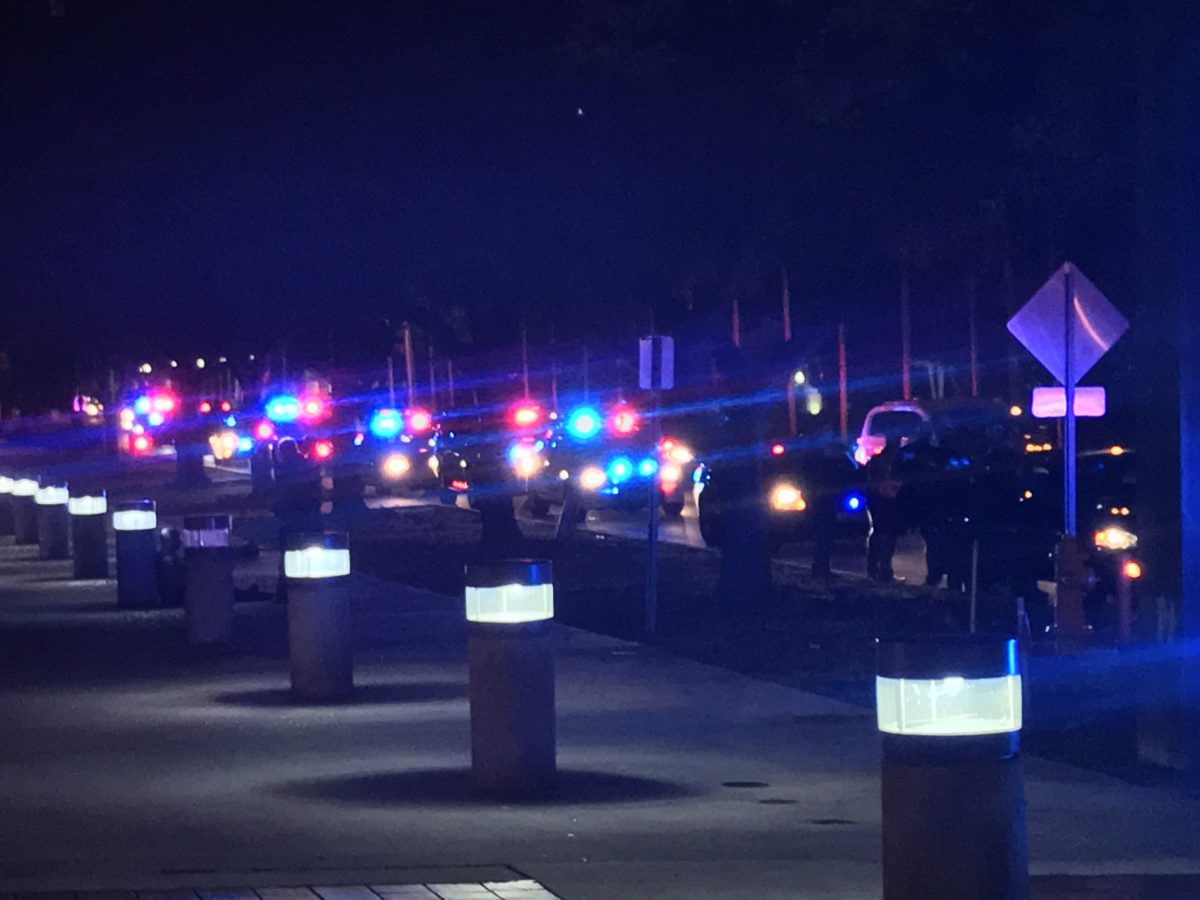 Update, 7:06 p.m., Aug. 16, 2017: According to a Crime Advisory sent out by UMPD overnight, the victim was walking toward her vehicle nearby the Watsco Center when an unidentified “dark skinned male wearing a grey hoodie” approached her. The suspect stole her jewelry after stating he had a gun. He then fled in a Nissan Altima with tinted windows driven by another suspect.

Coral Gables police are investigating a robbery that occurred on the University of Miami campus Thursday night.

The incident happened between 8:30 and 9:30 p.m. near the Watsco Center, according to officers on the scene. The victim is believed to be the relative of a UM student, according to police. No information was available on what was stolen.

“The situation going on right now is the result of possible suspects that were involved, that we believed were involved in a strong armed robbery on campus. The individuals were seen by one of our officers that matched the descriptions,” said Coral Gables Police Chief Edward Hudak. “Subsequent to that they were stopped by our officers and taken into custody without incident. The investigation is continuing we do not believe these were the subjects that were involved.”

Police are searching for two suspects, one of whom was wearing a gray hoodie and black pants. Police are also searching for a black Nissan with tinted windows that they believe is connected to the crime.

Campus was full of parents and new students Monday and Tuesday as the freshman class moved into their residential halls and attended orientation events. One residential assistant in Stanford Tower was reportedly told by a new student’s parents that they witnessed someone getting robbed behind the Watsco Center.