About two months ago, The Miami Hurricane published my review of Blaine Harden’s Escape from Camp 14, which tells the heartbreaking story of Shin Dong-hyuk, a man who spent much of his life in one of North Korea’s internment camps before hatching a hasty and successful escape plan. It was an account that I praised for its descriptions of the Gulag-like nightmares of Camp 14, where a young Shin witnessed the North Korean government’s systematic use of torture and murder. His story is a sharp reminder of the ongoing crisis in the Orwellian horror show that is North Korea, where being an ideological pariah could entail a lifetime of hard labor in a camp.

It is a subject of grave human consequence that I have once again been mulling over after recent news of a failed North Korean missile test. Since his father’s death in 2011, North Korea’s young dictator, Kim Jong-un, has ruled the Democratic People’s Republic of Korea (DPRK) with an iron fist and a strict campaign of uninhibited propaganda and intimidation.

I’m not the first one to compare the ongoing state of affairs in the DPRK to the fictional events of George Orwell’s “1984,” but perhaps the most daunting aspect of the government’s efforts to manage “thoughtcrimes” is its use of political prison camps.

Much like 1984’s Big Brother, the North Korean government engages in the constant surveillance of its people, condemning ideological dissenters to indefinite incarceration. The U.S. Department of State estimates that there could be around 80,000 to 120,000 prisoners detained in these camps. Starvation, execution, torture and rape are commonplace.

For those born in such conditions, as Shin Dong-hyuk best put it, there is “no hope to lose.” No failed missile test should cause us to underestimate the brutality and lack of humanity of Kim Jong-un’s government. President Trump will need to develop an effective strategy to deal with North Korea in the coming years.

I encourage everyone to read Shin’s story and to lend a voice to the voiceless — to the hundreds of thousands of people who live in the shadows and won’t see freedom anytime soon. Shin was fortunate enough to get the chance to escape Camp 14, but others aren’t so lucky. Most of these people’s lives won’t have happy endings. 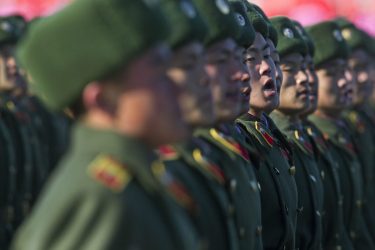