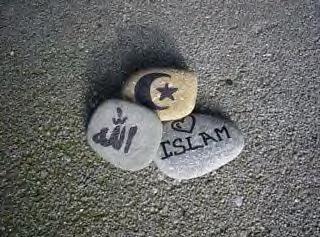 March 21 was a very loud day in the Breezeway. Walking to class, I could hear the discussion at the “counter information session” to Islam Awareness Week. As the discussion got heated, I found myself interested in how many university administrators were supervising the event. It is particularly disappointing that law enforcement had to be at this event – and many others throughout the week – to ensure peace.

The two representatives for this “counter information session” had the right to hold the event but were misguided in how they went about treating the other side. Their statement for banning Islam in this country carries emotional hate directed at Muslim students at the university. The rash and illogical arguments of these representatives make it tougher for other conservatives to speak on campus.

Let me state that the modern Conservative Party is welcoming to everybody on campus – regardless of religion. The session criticized one segment of the American population, which contradicts the ideas on which this country was founded. In order to analyze theocracies that use religion to their own ends like those in the Middle East, we must also recognize other instances of this happening in different faiths – not just Islam – throughout history. Additionally, there is a difference between the policies and cultures of certain states and the faith of Islam as a whole.

Islam and Christianity have teachings that everyone should read, but they also share a similar history of some followers subverting their sacred verses. It seemed, in my perspective, sanctimonious that the organizers of this event could criticize solely Islam.

We should not criticize everyone who follows a religion of peace just because others commit evils prompted by their twisted understandings of it. They do not do it in the name of their belief but for the hatred in their hearts. The true followers of Islam, or any other religion, are good people who do not need to be attacked by an outside group wanting to score political points. The “counter information session,” while within constitutional rights, does not represent my views or the views of fellow conservatives.