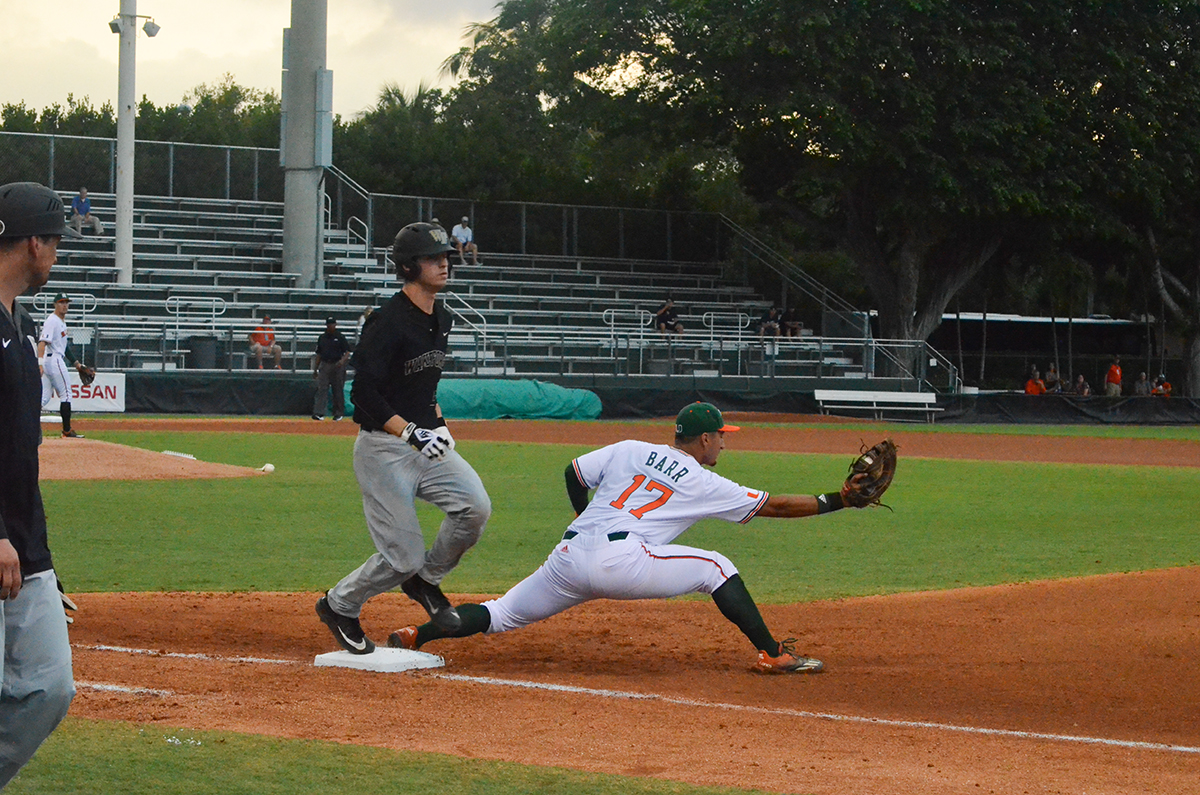 It was one of those nights for the Miami Hurricanes. They managed just two hits and struck out ten times, dooming their chances of upsetting the No. 9 Florida Gulf Coast Eagles.

Veliz (2-2) was cruising for Miami, but the right-hander ran into some trouble in the seventh inning. After recording a fly-out deep to the left-field wall to open up the frame, Veliz surrendered a single to Marc Coffers. Miami Coach Jim Morris proceeded to pull the rookie after 101 pitches. Summoned from the bullpen was sophomore reliever Andrew Cabezas.

Cabezas, who entered the game as one of the most reliable relievers for the Canes this season, faltered. The right-hander was erratic from the start, loading the bases with one out and paying the price. Back-to-back hits by Eric Gonzalez and Nick Rivera brought home three runs for the Eagles as they put up a crooked number in the seventh.

Miami (11-14, 4-5 ACC) was held scoreless for the fifth time this season. The Canes entered the ballgame hitting just .211 and continued to struggle against the FGCU pitching staff.

Although the Eagles made two errors, the Hurricanes were not able to capitalize.

Eagles Sterling Koerner picked up his ninth save, striking out two of the final three Canes he faced to seal the deal.

Florida Gulf Coast (23-3, 0-0 A-Sun) picked up just its third program win against Miami and its first win ever against the Hurricanes in Fort Myers. The Eagles now trail 16-3 in the series.

FGCU added the Hurricanes to their tally of impressive wins this season, now boasting a collective 4-0 against UF, FSU and UM.