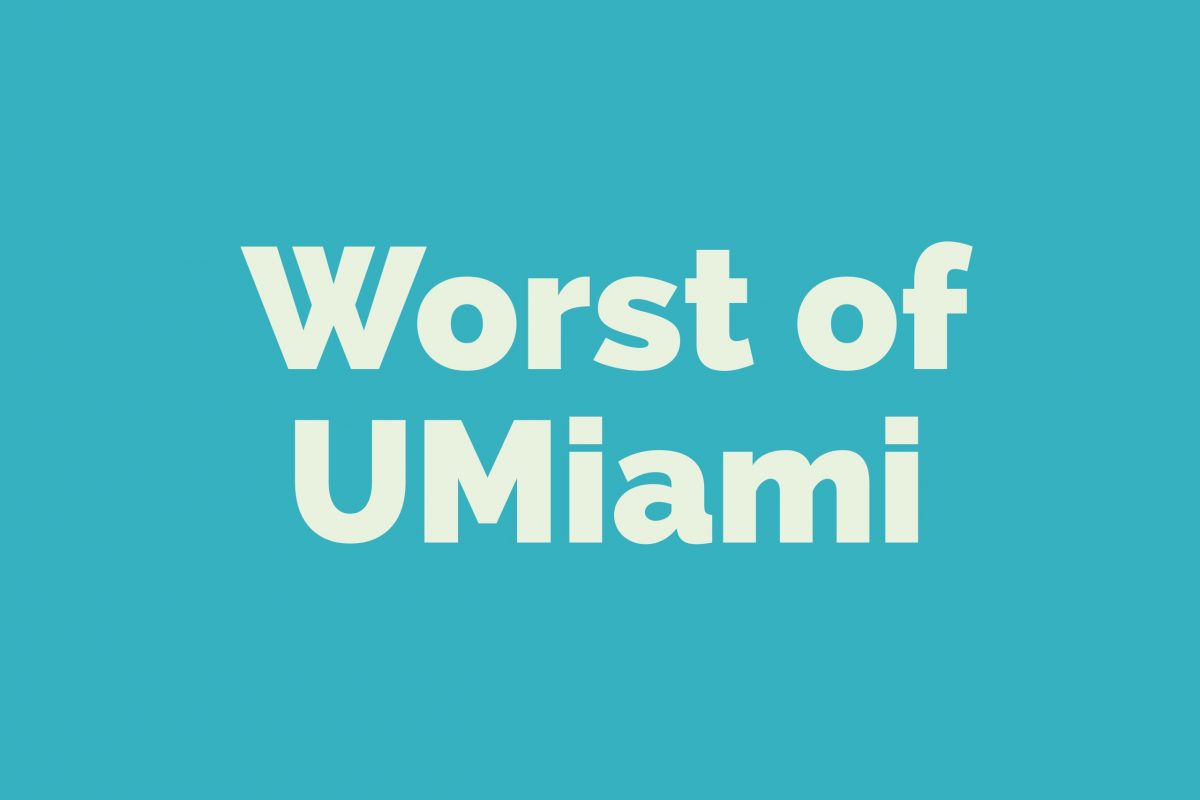 Sweaty walks to class. Pamphlets in the Breezeway. Slipping in duck poop.

Last fall, The Miami Hurricane ran its annual “Best of UMiami” special feature, in which we asked your opinion on our school’s best food and hangout spots along with the city’s best festivals and clubs. Now, for the first time ever, we’re talking about the flipside of the coin: the not-so-glamorous parts of being a Cane.

So, Hurricanes, tell us: what’s the worst of UMiami?

Of course, we’re all proud to be Canes, but now and then it’s fun to laugh at ourselves. Voting closes at midnight Thursday. See the winners online this weekend and in print next week in our April 6 issue.