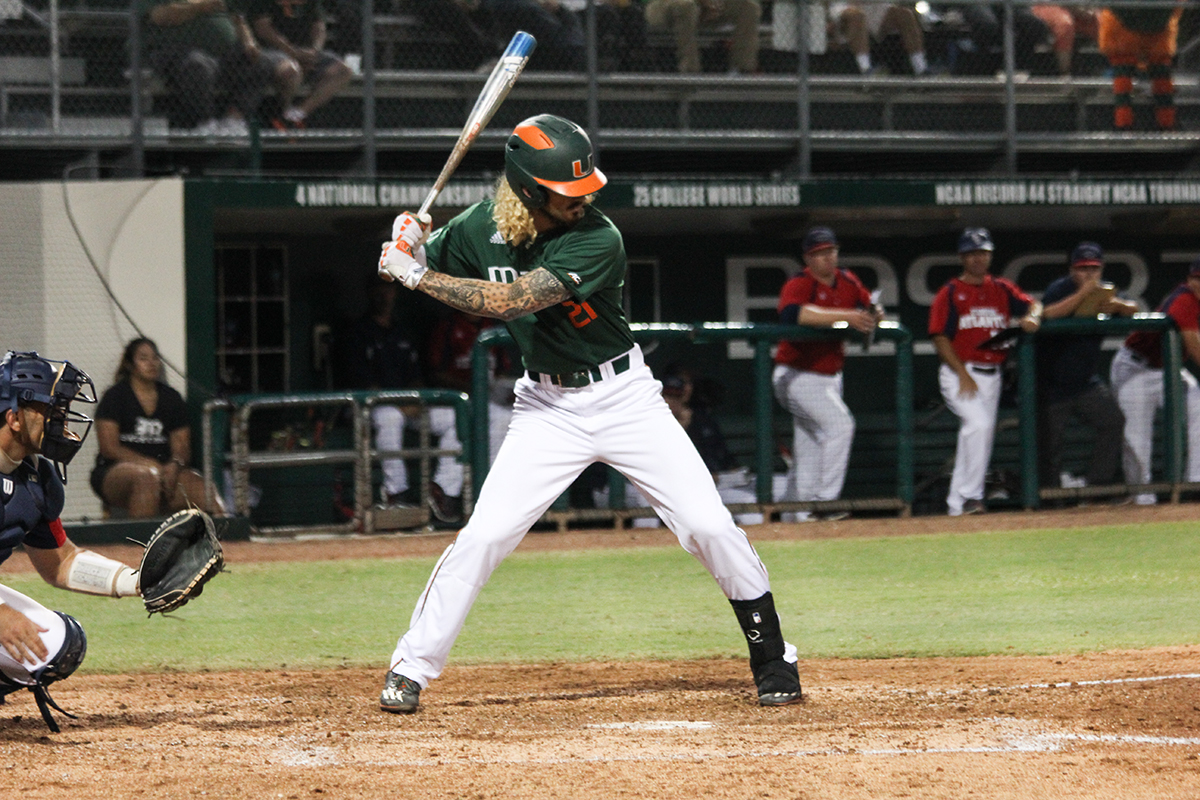 For just the fourth time this season, the University of Miami recorded double-digit hits. It also suffered four errors, which plagued the Hurricanes as they fell to the No. 8 North Carolina Tar Heels 6-3 in the second contest of a three-game set.

Coming in, Miami had lost three of its last five games and was looking to even up the series with North Carolina. However, UNC came out swinging early.

A two-run blast by Brandon Riley over the right-field wall opened the scoring for the Tar Heels in the bottom of the second inning. They doubled their score in the fourth on a two-run triple by Brian Miller to pull ahead 4-0.

The Hurricanes answered back with three of their own in the top of the fifth. With runners on first and second, and just one out, junior center-fielder Carl Chester hit a single back up the box, scoring Joe Gomez for the first Miami run of the afternoon. With the bases loaded, junior right-fielder Michael Burns was hit by a pitch, bringing home the second Canes-run of the frame. An RBI groundout by junior shortstop Brandon Gali scored Chester from third, capping off the Hurricanes’ scoring.

North Carolina tacked on a couple of insurance runs in the sixth inning.

Bret Daniels (2-0) picked up the win for the Tar Heels over 3.2 innings of relief for Gianluca Dalatri, shutting out the Canes while allowing just one hit.

After struggling the night before, Davison bounced back and led the Miami offense with a career-high-tying three hits (3-4) and reached base four times in the loss.

The Hurricanes will look to avoid being swept for the second time in ACC play this season in the series finale at noon Sunday in Chapel Hill.