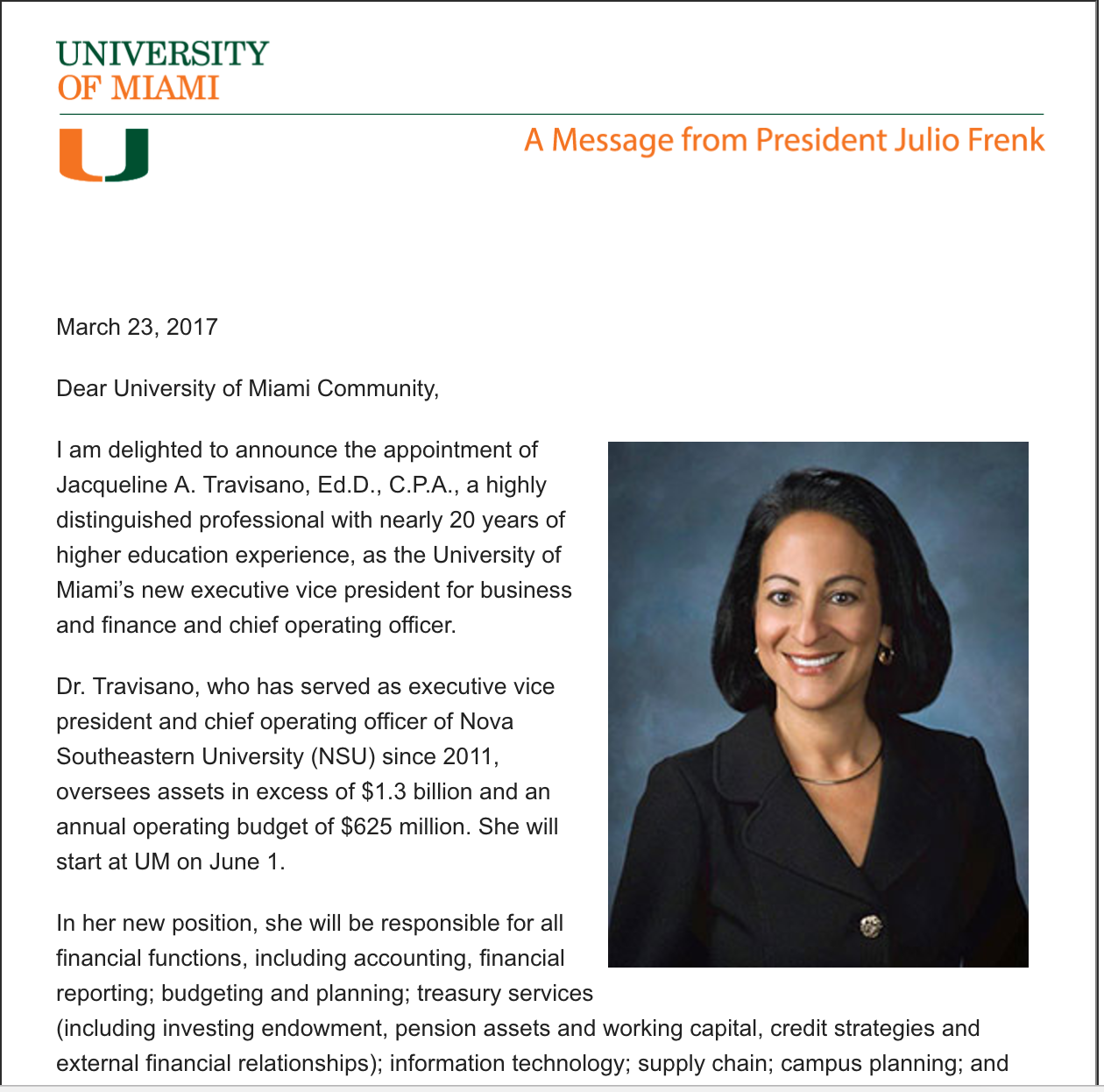 University of Miami President Julio Frenk announced in a message to the UM community Thursday that Jacqueline Travisano will be the new executive vice president for business and finance and chief operating officer. This means she will handle all financial functions of the university, from campus planning to entertainment and dining facilities, information technology and investing endowment.

This comes on the heels of a nearly $70 million net loss in the 2016 fiscal year, and lagging investment funds and endowment. The university said it would be making changes to its investment strategy and advisory bodies in 2017 to account for the losses.

Travisano served as executive vice president and chief operating officer of Nova Southeastern University since 2011. Before that, she had a string of leadership positions at St. John’s University in Queens, and Carlow University and Chatham University in Pittsburg.

In 2014, Travisano was named as one of South Florida Business Journal’s Influential Business Women. She also received the Glass Ceiling Award from the National Diversity Council, and was honored by the Florida Diversity Council in 2012 as one of the state’s most powerful and influential women.

Travisano’s first day at UM will be June 1.