It’s been an eventful couple of weeks in Trumpland. We’ve been introduced to a healthcare plan to repeal and replace Obamacare, a budget that cuts 30 percent of funds for the EPA and after-school meals for kids and another judicial hold on President Trump’s revised immigration bans.

People voted for Trump because they didn’t like Hillary Clinton, but they didn’t take Trump seriously. Over and over we heard, “Well, he’s not actually going to repeal Obamacare,” “He wouldn’t actually come after LBGTQ rights” or, “He would never truly ban all Muslims from the country.”

Yet here we are just months into his administration and he has proposed a healthcare plan that will strip millions of people of their insurance. He repealed executive orders protecting transgender rights and continues to push his immigration ban on several majority-Muslim countries, despite numerous court rulings finding it unconstitutional.

During the campaign, these ideas seemed so absurd that they were out of the realm of possibility. Trump was just acting, being a character to get media attention as a strategy during his campaign – or so voters thought. He cleverly convinced voters he wouldn’t actually follow through, all while repeatedly yelling about his intent to follow through. He capitalized on the long history of American presidents breaking some of their most fundamental campaign promises when the feasibility in office is challenged.

What is clear now is that Trump is fiercely intent on keeping his promises. He doesn’t care about the feasibility of his plans, nor about their legality. The Trumpcare plan unraveled as quickly as it was rolled out, hemorrhaging support from Republican legislators and receiving a disastrous review from the Congressional Budget Office. Although changes to the plan were announced Monday to appease these concerns, moderates still fear excessive losses of insurance, and conservatives worry the cost is still too high.

The Congressional Budget Office, a nonpartisan government office that releases information about the impact of proposed bills, found that under Trumpcare, 24 million fewer people would have insurance in 2026 than under Obamacare. People could again be denied insurance for preexisting conditions.

And although Republicans promised lower healthcare costs, older, poorer Americans could see their monthly insurance premiums rise by 750 percent under Trump’s original plan. That same demographic tended to support Trump in the election, but 66 percent of his voters still said this proposal would be better than the Affordable Care Act, according to a YouGov poll last week.

The lesson I see from this is that people are not paying attention. This is demonstrated by the story of Charla McComic, who thought that the subsidy she received to lower her premium was the result of Trump’s proposal, when it actually came from provisions in the Affordable Care Act.

It’s not enough to laugh off Trump’s plans as absurd anymore. It’s not enough even to point out the flaws in his policies. People need to hear and feel the directly negative effects his policies will have on their lives and the lives of their loved ones. They could lose insurance, get sick and be unable to get treatment. Their children could lose Medicaid coverage and free meals at schools.

The vote for the healthcare plan is set for Thursday. Keep paying attention. Not understanding the real-world outcomes of national policies is how a person like Trump gets elected in the first place. 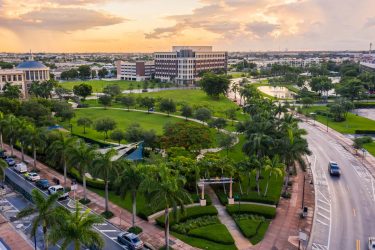