In 2012, as Alicia Garza watched a jury give a “not guilty” verdict in the trial of Trayvon Martin’s shooting death, she couldn’t sit still anymore. She was disillusioned by the breakdown of her belief in justice and knew there was a pressing need for action, so she created #BlackLivesMatter (BLM).

Garza, along with Opal Tometi and Patrisse Cullors, played a huge role in transforming what was once simply a viral hashtag on social media into a revitalized civil rights movement.

Garza took the stage on March 9 in front of a crowd that filled the Shalala Student Center grand ballroom and opened her lecture, part of the Black Lives Matter Interdisciplinary Course taught by Professor Osamudia James in the University of Miami School of Law, by explaining the watershed moment that made her start the movement.

“When I responded, it wasn’t to start a movement,” Garza said. “It was to soothe our hearts.”

Debunking what she called common “myths” about BLM, Garza explained that the movement is not about spreading hate, prioritizing one oppressed individual over another or hating law enforcement – in fact, she said, law enforcement are expected to serve in roles they have never had to before, and it is causing undue stress. She then clarified that the movement is about taking a stand against the systematic oppression of all black people and making sure all voices are heard without ignoring the complexities of being human.

Garza delivered her talk, punctuating it with soft-spoken “yes?” and “okay?” questions to make sure the audience was following along. She wove in light-hearted commentary and anecdotes that earned laughs and I-feel-that groans. But she also posed hard questions, “unpopular” opinions and difficult truths for the audience to consider.

Because BLM started out as a hashtag, Garza made it a point to clarify that “hashtags don’t turn into movements.” It’s the people who get up and try to make a change, she said.

Along with the conversations must come action, and while social media is certainly a platform to convey ideas about these societal issues, it is not enough to simply tweet or blog about them, Garza said. Despite having more than 42,000 followers on Twitter, Garza said “maybe 5 percent” of her followers would actually rally around her cause in a tangible way and do the grunt work.

“Don’t mistake your social media following with the people who will actually move in the same direction as you,” she said.

Garza explained that movements unfold and change lives through the action of groups of people that are all brought together for one common goal – the process involves more than just the outspoken show of support. It requires an investment of time, energy and even money to ensure that there is a continuum from ideas to reality.

“I just thought it was really impressive how accessible she was,” said Stefanie Suarez, a student enrolled in the BLM course. “It was easy to relate to her.”

Garza also noted throughout her talk that an important part in the process of shifting the dynamics of race is communication about the issues.

“Talking about racism does not incite violence,” she said. “Not talking about it is what’s causing problems.”

United Black Students President-elect Braylond Howard asked Garza during the Q&A how he and his peers could get more students, specifically non-black students, to attend events dealing with issues that disproportionately affect people of color, such as mass incarceration. The goal, Howard said, is to create open dialogue not just among the affected population but throughout the entire student body.

“It begins with conversation,” Howard said. “That is the first step.”

The lecture was sponsored by the Office of the Provost, the Division of Student Affairs, Student Life, Multicultural Student Affairs and Housing and Residential Life. Read more about the Black Lives Matter course, here. 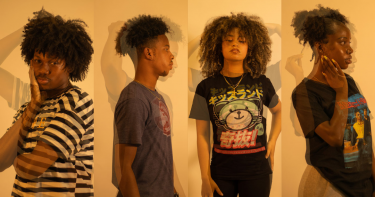 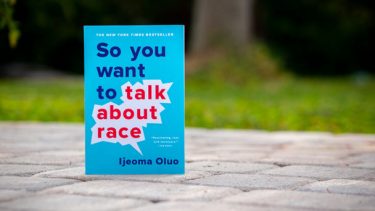