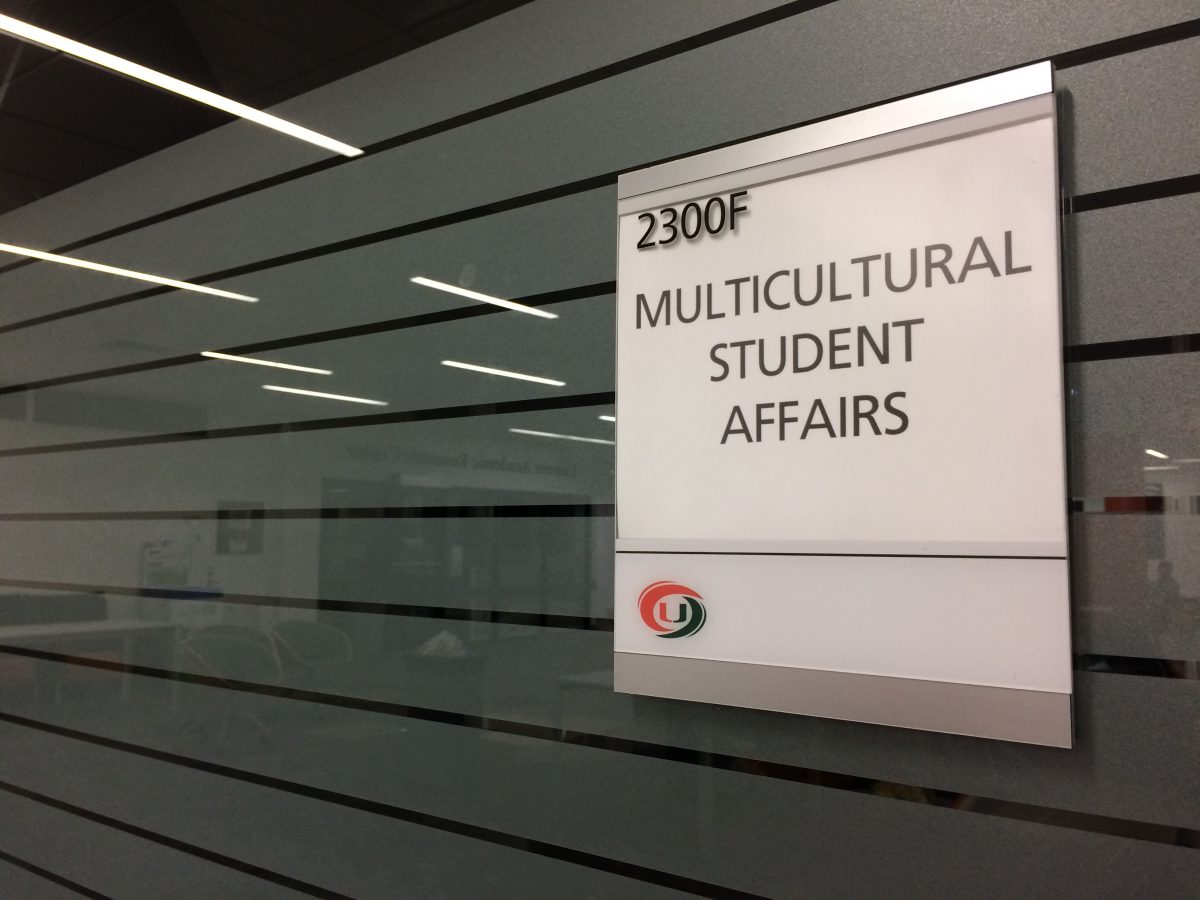 The office of Multicultural Student Affairs (MSA) has relocated to a new home in the Whitten University Center (UC). The office was previously located in Rhodes House, which will be demolished in the near future to make space for the university’s $155 million housing project.

The new location on the second floor of the UC occupies suite 2300F, originally storage rooms and meeting spaces for student organizations. The suite includes a patio, computers and printers for student use, a common area for students to study and three offices for MSA administrators.

Known for helping in programs during Black Awareness Month and Hispanic Heritage Month, MSA was located at the Rhodes House for two years and in the now-demolished Building 21 before that. The new office space was officially opened with a celebration at the new location on March 8.

Whitely, who gave opening remarks at the open house, told The Miami Hurricane that the move to the second floor of the UC was ideal. It is now located in the same area as the LGBTQ Resource Center and Asian Cultural Suite, with which MSA works.

“It’s in the center of campus, a brand new space, it sends a message that we value diversity and MSA is a piece of all of that,” Whitely said. “And there is also good synergy with LGBTQ Center and Multicultural Student Affairs now.”

Renee Callan, director of MSA, said the move brings it closer to students. The office provides resources to minority students for scholarship opportunities and internships.

“You see new things coming up,” Callan said. “That’s not a function of the move, it’s the function of making your office relevant.”

MSA has always allowed students to utilize its office space for studying and student organization meetings, but walking to the Rhodes House, located near the volleyball courts by Eaton Residential College, had put some students off in the past. Now at the UC, the office is much closer to the center of student life.

“It’s a wonderful location,” Callan said. “We are much closer to where students are – the students that use our office space – so we are excited about it.”

Rick Reneau, treasurer for the Filipino Student Association (FSA), a student organization under MSA, said that MSA has been helpful in organizing FSA’s budget and finance. The new location makes it help much more accessible and easier to find.