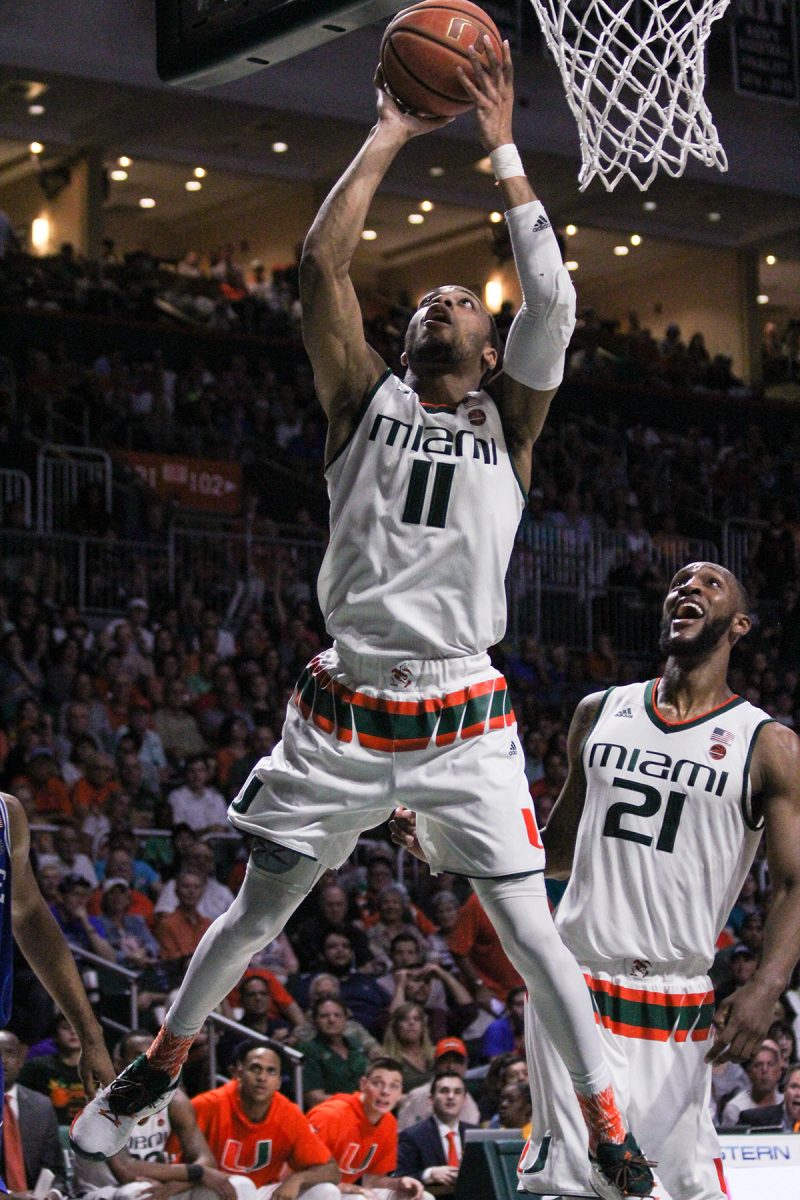 Coach Jim Larrañaga is showing why he deserves some serious consideration for ACC Coach of the Year.

He has led the University of Miami to its first appearance in the national rankings this season – No. 25 in both the AP Poll and the Coaches Poll.

For the majority of the season, the Hurricanes have dealt with inconsistency – what the coaching staff attests to only having nine-scholarship athletes eligible to play and just two seniors on the roster.

But as of late, Miami has been on a roll, winning six of its last seven – including back-to-back against ranked opponents Virginia and Duke – which has more than likely solidified its chances to make the NCAA Tournament.

Brown was named ACC Freshman of the Week today for his performances.

Miami is set to face off against Virginia Tech at 9 p.m. tonight in Blacksburg.