This is an opinion column. Although any factual evidence used to support my arguments are verified, the views expressed here are not purely factual news reports. This is not an “article.” I contribute opinions to The Miami Hurricane, but they are not representative of the editorial board, of the newspaper, nor of the university. They’re just mine, and this same newspaper publishes opinions quite the opposite of mine.

At the rate things are going, that preface might just have to be at the top of every opinion piece. “Fake news” and “alternative facts” are buzzwords that have Americans feeling that they don’t know what to believe.

Our ability to discern what is factual, what is opinion, and what is fake, is not the responsibility of publications. This column is clearly under a header labeled “opinion” in print and tagged with “opinion” and “columnists” online.

It’s true that fake news exists, and sites that proliferate untrue information deceive their readers by making themselves appear to be legitimate news sources. However, in the aftermath of leaks exposing national security adviser Mike Flynn’s collusion with the Russian ambassador to undermine President Obama’s sanctions, President Trump has diverted attention from a major national security scandal to a war on journalism. Instead of targeting the actual bogus news sites, he is targeting large, well-established media sources in the country like The New York Times and CNN. While these sources may appear biased in their coverage and their opinions, they follow basic reporting standards. They have built their brands on public trust for decades, they are held accountable for publishing incorrect information, they acknowledge mistakes or misjudgments and they do not invent facts that do not exist- unlike fake news sites.

Trump proclaimed at a press conference, “The leaks are absolutely real, the news is fake.”

Think about that absurd statement. The fact that Trump attempts to discredit the media immediately after it exposed a true scandal with terrifying consequences plainly shows how invalid his attitude is toward them.

We need journalists to be the watchdogs of powerful, potentially dangerous leaders. Journalists expose the truth, regardless of whether those in power like the personal consequences. If Trump discredits legitimate news and Americans no longer trust reliable information, that plays directly into his hand.

Journalists are authorities on truth. They are trained to uncover it. Donald Trump has no credentials or authority to tell us what is true. He makes statements but does not give examples. He cannot construct an argument, he can only evoke a feeling, usually anger and distrust.

Journalism provides evidence, not repetition. It’s easy to hear “news is fake” over and over and start to believe it, but I beg you to remind yourself to look for the evidence to support an argument, not just give into the surface-level statements. 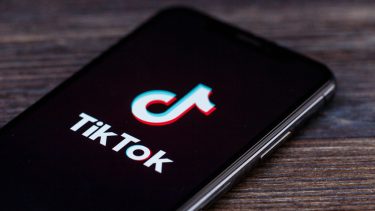 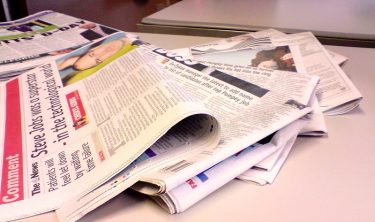