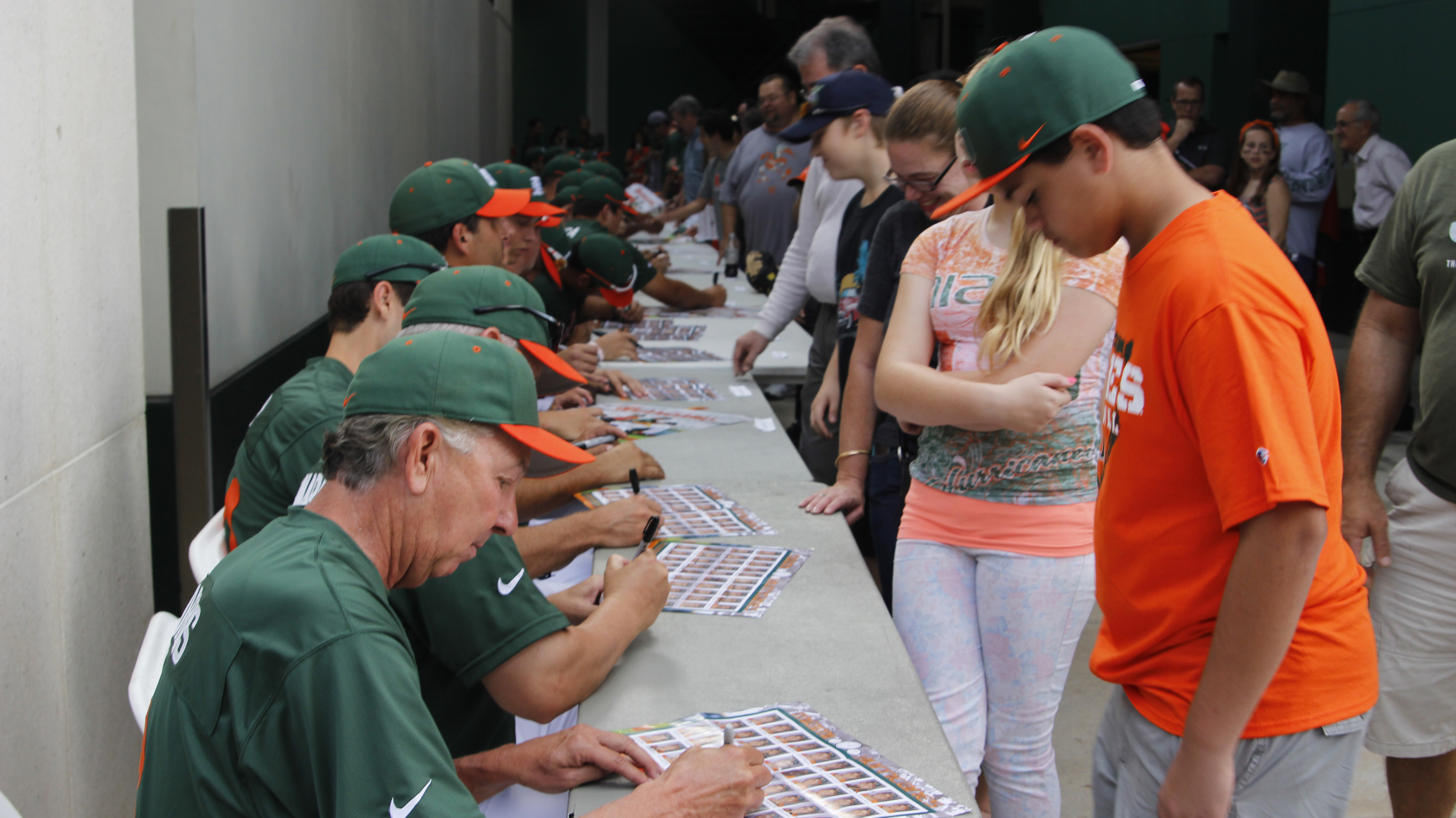 The first signs of baseball season have arrived in Coral Gables as the annual University of Miami FanFest and alumni game opened up at Alex Rodriguez Park at Mark Light Field.

Hundreds of fans and dozens of former Hurricane greats took part in the celebration as Miami inches closer to its home opener against Rutgers 7 p.m. Friday.

“It’s fun to see a lot of the same people year after year,” Coach Jim Morris said. “It means it’s baseball time. It’s great seeing alumni and catching up with everyone.”

Junior pitcher Michael Mediavilla, who is an NCBWA pre-season All-America Third Team pick, emphasized Morris’ remarks regarding the elation in the air.

“Every year it’s always exciting,” Mediavilla said. “It’s an exciting time to be here. It’s already season time, you smell it. Just seeing how many fans support us and are here for us throughout the year, there is nothing more exciting than that.”

While fans of all ages got to meet and get autographs from the 2017 team, the Hurricanes had a tough test ahead of them in facing the alumni team.

“They’ve got pride,” Morris said of his former players. “The other team is going to be all pro players, so we’re the underdogs. A very talented team we play against.”

Although Miami faced tough competition, it dominated the alumni 9-2.

The Hurricanes put three on the board in the third inning, including a two-run blast from redshirt senior Edgar Michelangeli, and added three more in the fourth to take a commanding lead.

Leading 6-1 in the eighth, senior Barry Buchowski tacked on two more runs for the Canes with a triple, and Michelangeli pushed across a third Hurricane-runner on a sacrifice fly, giving UM a 9-1 lead.

The alumni scraped two runners across on a solo home run by Eusebio in the fifth and another solo shot by Mack in the ninth.

With FanFest and the alumni game in the books, the Hurricanes set their sights on the upcoming season and opening showdown.

“We always have the same goal every year and that is to go back to Omaha,” Morris said. “To have a chance to win a ring is something that has been in this program for 25 years. It’s a very tough goal to have but one our program has achieved a lot. We are always thinking Omaha, every day. Every day we’re thinking about Omaha and how to get back.”