In eight years of being vice president, Joe Biden never cast a tie-breaking vote. Mike Pence has done so in his first month. The vote confirmed the nomination of incoming Secretary of Education, Betsy DeVos.

DeVos is, in short, a disaster.

You may have noticed this from the viral clip of Sen. Bernie Sanders asking her if she would be up for this position had she and her family not donated billions of dollars to politicians, 20 of which hold Senate seats with the power to vote on her confirmation. Her vague lack of a justification seemed to only further Sanders’ point.

If it wasn’t clear from that clip, you might have seen a second gaffe where she tried to justify allowing guns in schools to protect students from bears. There are several layers of absurdity here. First, schools tend to have fences, a solution to bears that doesn’t require keeping deadly weapons around children. Second, one of the two Republicans who have defected from their party-line to vote against DeVos was Senator Lisa Murkowski of Alaska, the state with the highest population of grizzly bears.

The last and most horrifying part of this answer is that she was responding to a question to a question from Connecticut Sen. Chris Murphy, who represents the families of victims of the Sandy Hook massacre. This utter lack of rationality and sensitivity demonstrated that, in addition to having no professional or personal experience with public education, she is devoid of the leadership qualities it takes to hold a cabinet position.

Some may find it possible to ignore her lack of familiarity with the education system because she has been involved as a donor and advocate for vouchers. The voucher system uses government funds, taken out of public education, and gives it to families to pay for private schools.

Defunding public education in order to give money to private and for-profit schools makes no sense as a government program. The solution to public education is not its destruction, it’s to provide public schools with the same resources as private schools. Education should not be treated as a commodity and has consistently failed when it becomes one – have you heard of Trump University?

Vouchers are ridiculous in conception and worse in execution.

A 2012 Louisiana law was supposed to be full, blueprint implementation of the voucher idea. It ended up leading to students with special needs to be denied access to private schools. For-profit schools popped up and were held to little accountability with regard to student progress (measurement of student progress was another question DeVos on which seemed to lack basic understanding). Schools began to re-segregate, and the Louisiana Supreme Court firmly ruled the law unconstitutional.

I spent 12 years in some of the best public schools in the country. They were funded by local property taxes in a fairly wealthy area, but our community also believed in public education, investing in it by democratic choice. I’ve personally seen and benefitted from the capacity that public education has when it is given the resources it deserves.

The voucher program is the only education program in which Betsy DeVos has been especially involved, and it’s not the solution to the American education system. Now that she is confirmed, it’s time to stop lamenting her confirmation and start calling for her resignation. 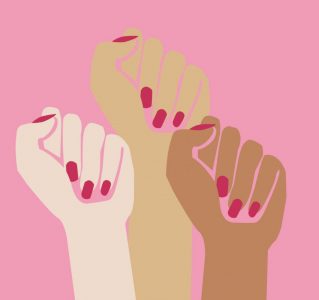