Future tennis hall-of-famer Roger Federer is arguably the greatest men’s tennis player of all time with 17 major titles before going into this year’s Australian Open.

What he did on Sunday was something no other man could have done. Federer won an epic five-set match to win the Australian Open after taking a leave of absence. Many wondered whether he could even get back to top form again. Let me rewind a little bit.

When Federer turned 30 in 2011, he started to slow down a little bit. After winning the 2012 Wimbledon title, Federer would struggle just a little for the next four years, as he came up short a couple times in grand slam major tournaments, being a finalist or semifinalist.

With Novak Djokovic and Andy Murray dominating the tennis scene in 2016, it appeared Federer’s time was running out. He was forced to miss the French Open, which was the first time in 16 years Federer would be absent from one of the four majors.

After a defeat at Wimbledon a few weeks later, Federer decided to take a break from the pro tour for the rest of the year as he dealt with a knee injury. That time off turned out to be the best thing that could have happened to Federer.

Remember when Peyton Manning missed a whole season for neck surgery? Everyone doubted whether he could still compete at an elite level.

The same went to Federer this year. He looked more comfortable from the baseline and never got in a big hole in any of his matches.

After a thrilling five-set victory over fellow rising Swiss star Stan Wawrinka, two things came to mind for most tennis fans. Would this momentum continue for Federer in the final against Rafael Nadal, who had dominated Federer in the past? Or would Federer finally run of gas and be unable to compete with his nemesis?

The final was a seesaw match of Federer getting a service break on Nadal in the first set, then Nadal was able to capitalize the next set. The consistency of Federer to extend long points and stay on the offensive side of the ball eventually wore on Nadal in the final set, as Federer won an epic battle: 6-4, 3-6, 6-1, 3-6 and 6-3.

At 35 years old, Federer became the second oldest man to win a major, after Ken Rosewall, who won the 1972 Australian Open at the age of 37, according to tennis28.com.

Federer took a six-month rest and played as if he was 10 years younger again. We can expect to see Federer around for another three or four years, and he may possibly play until he is 40.

More importantly, his 18th grand slam title shows that he may still have unfinished business. 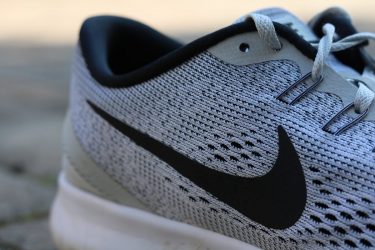