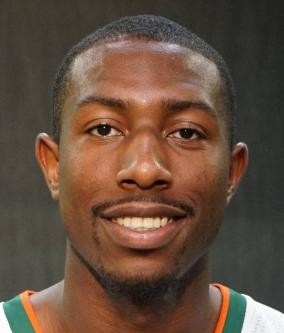 Davon Reed looked at his team’s bench, smiled and nodded. The senior captain had a lot to be happy about. He had just hit his seventh three-pointer and was leading the University of Miami on a resilient second-half surge against North Carolina State.

The Hurricanes have had a rough time performing in the second period all season. So, when they went into halftime down by nine after back-to-back three-pointers made by Wolfpack guard Dennis Smith, the situation looked grim for the Canes.

Miami responded, outscoring NC State 48-34 in the second half to go on to win 84-79 on Saturday afternoon in Raleigh, North Carolina.

Three Hurricanes scored career-highs: Reed, sophomore guard Anthony Lawrence Jr. and sophomore center Ebuka Izundu. Reed led with 26 points, scoring nine-straight early in the second period to get Miami’s run going. Then, Lawrence and Izundu followed suit, coming off the bench to contribute a combined 22 points and seven rebounds in the second half.

An and-one dunk by Izundu followed by a corner three-pointer by Lawrence ultimately put the game out of reach, giving UM (15-7, 5-5 ACC) an eight-point lead with just 2:25 left in the contest.

NC State (14-10, 3-8 ACC) had been coming off a matchup against Syracuse in which it blew a lead in the second half. It was a similar circumstance for the Wolfpack against the Hurricanes. Despite an explosive 31-point performance from Smith, who continues to show why he is one of the top NBA-prospects in the country, he wasn’t able to get much help in the final 20 minutes.

The Canes out-rebounded the Wolfpack 36-21 and had a 12-point advantage on the offensive glass. Miami had 35 bench points to NC State’s two. The teams knocked down 11 threes apiece.

After Miami tied the score at 30, NC State ended the first half on a 15-6 run. However, the Wolfpack, who led by as many as 12, could not carry the momentum into the second period. NC State guard Terry Henderson scored 16 in the first half but had just five in the second on one shot-attempt.

Izundu, who is averaging just under four points a game, broke a streak of four-straight scoreless games with 16 points. Lawrence scored 19, and Reed collected a game-high seven rebounds.

The contest was competitive throughout with 10 ties and five lead-changes.

Miami will travel back to Coral Gables to face off against Virginia Tech at 9 p.m. on Wednesday at the Watsco Center.