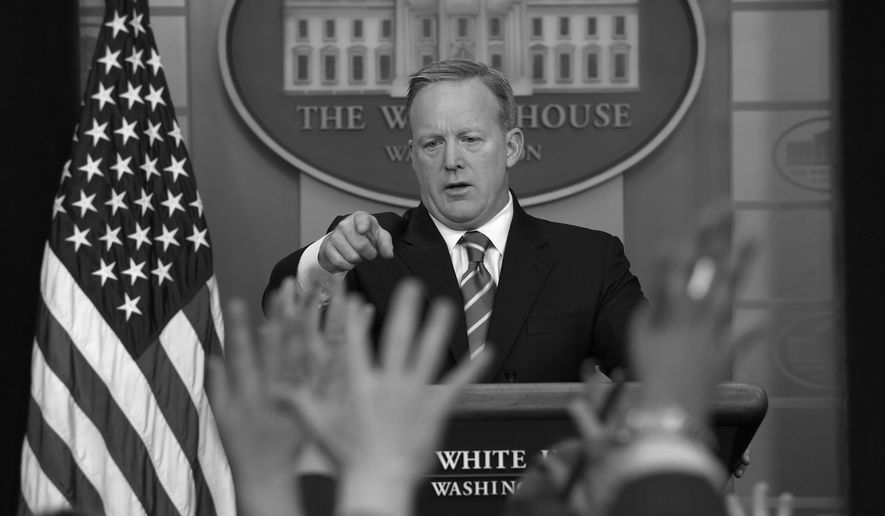 On the first full day of Trump’s presidency, Sean Spicer gave his first press conference as White House Press Secretary. What he said set the tone for his relationship with the press and the public at large. He could have spoken about Trump’s first actions as president or his plans for his first week. Instead, he chose to berate the press, using false evidence, or “alternative facts,” to accuse them of inaccurately covering the size of the inauguration crowd. Three days later, Trump took to Twitter to gripe that voter fraud cost him the popular vote – without providing any evidence to support his claim. The media were beside themselves. All they could talk about for days was Trump’s disregard for the truth and his inability to focus on more important issues.

The media and the millions of people that voted against Trump felt vindicated. It was his first week and Trump had already managed to prove his incompetence. Meanwhile, Trump was putting pen to paper, significantly influencing many key issues. He signed an executive order that began the unwinding of Obamacare, withdrew from the Trans-Pacific Partnership and signaled a desire to renegotiate NAFTA. He halted the sending of aid to any foreign non-government organizations that provide or advocate for abortion rights. He disallowed refugees from entering the country. He put a hold on EPA scientists being able to release their scientific findings.

Yet, throughout all of this, the media and general public’s outrage continued to focus on Trump’s war with the truth. There was little mention of how Trump sought to eliminate Obamacare without a replacement plan on hand. Little focus was placed on how he has failed to provide specifics for how he would like to reform our trade agreements and how the vague ideas he has put forth are entirely nonsensical.

Trump managed to escape public outrage for the truly moronic actions he took in the first week of his presidency. Inauguration crowds and the popular vote do not matter. Health care, trade agreements and climate science do matter, but the media’s focus was not on these issues. The media were not wrong when they said Trump was an ignorant fool for not believing basic facts. But this is exactly Trump’s strategy: let the media call him an idiot, for as long as they are focusing on issues of little consequence, Trump will continue to tear this country apart, and absolutely no one will be there to stop him.