The New England Patriots will take on the Atlanta Falcons at NRG Stadium on Sunday in Houston, Texas, for Super Bowl LI. While there’s undoubtedly a great game in store, football is only part of the fun, with Lady Gaga set to perform what’s sure to be a halftime show for the ages.

Before that, Luke Bryan will perform the national anthem before this year’s big game. He’ll be joining a storied roster of artists who have been bestowed that honor, with names ranging from Beyoncé to Billy Joel, and even Lady Gaga herself who delivered her own stellar rendition just last year.

As for the main event, it seems as though Lady Gaga is striving for a performance that will truly stand out, even in comparison to recent superstar headliners like Coldplay, Bruno Mars and, of course, Katy Perry and the famous Left Shark. There were reports that Gaga hoped to sing from the roof of NRG Stadium, but, due to obvious safety concerns, it’s likely that she’ll make do with a stage. Regardless, the singer has said, “I’ve been planning this since I was four” during a behind-the-scenes video by Pepsi, so there’s little doubt she’s got something special in mind.

Of course, it wouldn’t be 2017 without a little political controversy. Lady Gaga made it no secret that she was not a Trump fan this past election year, and it was rumored that the NFL “forbade” her from mentioning the now-president during the performance. Whether or not she chooses to comply with this purported rule is to be seen.

With a set of about five songs, the question comes up as to what music the “Poker Face” singer will choose to play from her extensive catalog. Having released her country and acoustic-tinged album “Joanne” in late 2016, there’s a solid chance the world will be hearing some newer material. But with Gaga saying that her number one priority is “for the show to be great,” there will most likely be some of her older hits worked in as well.

Make sure and tune in to FOX at 6:30 p.m. EST this Sunday to catch the game and musical performances. 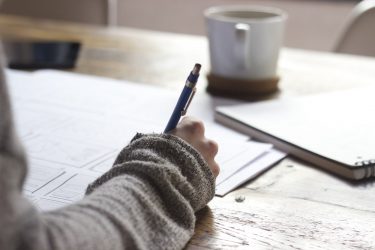