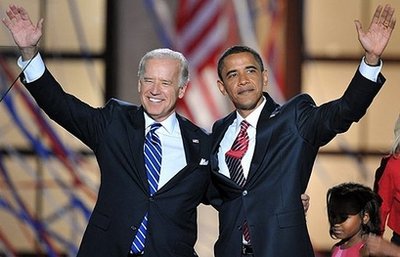 If you logged on social media any time this past year, you probably could not avoid political memes – catchy images and text featuring President-elect Donald Trump, Hillary Clinton or the buddy moments of President Barack Obama and Vice President Joe Biden. Maybe you made one yourself using a meme generator, or grabbed a circulating meme and added your own caption. Just like that, you became civically active and injected your voice into the digital stream of political memes.

The political meme, the grandchild of the political cartoon, has taken over cyberspace and provides bite-sized information on any social media feed. The meme could carry a liberal or conservative message with truthful or false information. Though memes are relatively harmless and often meant to be funny, like the crying Michael Jordan face or “Arthur’s fist,” the power of memes has begun to grow exponentially. With the increasing amount of time that young people spend on social media, memes are becoming part of our daily lives.

Throughout the election, people were frustrated that their presidential nominees were Hillary Clinton and Donald Trump – two of the most unpopular nominees in modern American history. As such, most of the memes were negative. A Google image search of “Top Trump memes” or “Top Hillary memes” will largely produce negative memes as the most popular results for either one of them. These were the memes that circulated on the Facebook feeds of politically active and passive Americans alike. For every scandal, every accomplishment and every blunder that the two candidates had, there was a meme documenting it.

Unfortunately, there are also memes accompanied with false quotes. One of the most popular versions of this sort of meme is a photo of Trump supposedly giving an interview to People Magazine in 1998 with the quote “If I were to run, I’d run as a Republican. They’re the dumbest group of voters in the country.” That quote has since been proved false, as noted in reports by CNN, BuzzFeed and Snopes. But with political polarization driving internet users into similarly-minded echo chambers, a meme like that could be thought true, and no one in a liberal bubble would likely disavow it. This issue isn’t solely a liberal one. Politifact notes that conservatives circulated false Hillary memes just as well. Many blame social media sites like Facebook for not doing enough to stop the dissemination of false information, leading to some recent fact-checking features that have been added.

According to the Pew Research Center, social media is the second most popular place for young people to receive their news. Americans are reasonably skeptical about believing what they see on social media, but with a significant portion of Americans being civically uneducated it is easy to fall into the trap of believing fake memes that support our views, especially when those are the only ones that circulate in our bubbles.