Miami stays in North Carolina for its next matchup against the Duke Blue Devils, currently led by interim head coach Jeff Capel in Coach Krzyzewski’s absence. Duke, considered by many to be the most talented team in the country before the season started, has struggled amid injuries and Grayson Allen’s tripping incident, but that shouldn’t affect the outcome of this matchup. The Blue Devils still have plenty of talent to work with, including Luke Kennard, who has been on fire lately, averaging slightly over 20 points a game while shooting 53 percent from the floor and a blistering 44 percent from deep. In addition, despite his antics, Allen is still a very good player, and with likely lottery-pick Jayson Tatum and point guard Frank Jackson, the Blue Devils will challenge Coach Larrañaga’s team with its high caliber of individual talent. The possible absence of Duke forward Amile Jefferson would help Miami, but the Hurricanes will still have a very tough time slowing down this team.

BC has already picked up two more conference victories compared to last year’s winless ACC season. Coach Jim Christian’s biggest contributor on offense has been Jerome Robinson, a second-year guard averaging 20 points per game. Robinson and freshman Ky Bowman give Boston College a solid scoring backcourt (32.4 ppg combined), but the rest of the roster is not as potent. The wing and big men options are underwhelming. Look for Miami’s hounding guards, such as Bruce Brown and Anthony Lawrence, to force a lot of turnovers against a team that tends to cough it up. The Hurricanes should have little trouble in this matchup.

A year after a devastating loss to Villanova, Roy Williams’ unit is back and as strong as ever. UNC is laden with veterans, and internal improvement has made the Tar Heels stronger, even in the face of departures from seniors Marcus Paige and Brice Johnson. Kennedy Meeks is pulling down rebounds (9.7 per game in just 23 minutes), and Isaiah Hicks is still there to complete the veteran frontcourt duo. North Carolina still struggles to shoot the three, but Joel Berry II is doing his best to reverse that trend (43 percent on 5.6 attempts per game). Justin Jackson has emerged as a number-one scoring option after two seasons of inconsistency and is this team’s other major threat to rain fire from downtown. The Tar Heels are championship contenders, and it will be hard to faze a team that has already taken a gut punch as tough as the one Villanova’s Kris Jenkins delivered last season. Miami should put up a fight at home, but barring explosive offensive performances from both guards Davon Reed and Ja’Quan Newton, UNC will prevail. 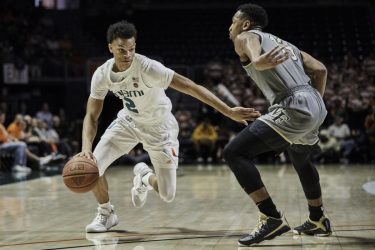 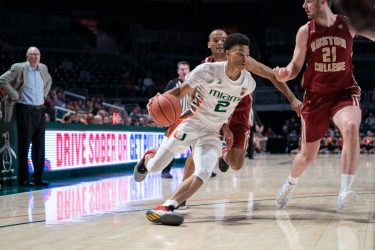 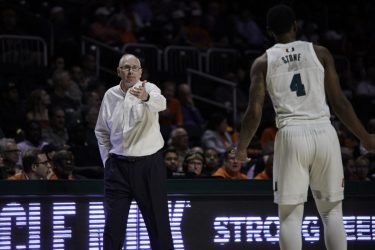