As the epic struggle of capitalism versus communism defined the past century, the 21st century will be defined by globalism versus nationalism.

Elements of the last century have paved the way for this debate: the expansion of trade and free markets around the world, the improvement of communication including the internet and the ease of transportation have made citizens in this age ever more global. We see examples of globalism every day from organizations such as the European Union to the diverse foods and ideas we import from around the world.

Simultaneously, the forces of nationalism are reemerging with a vengeance. Political figures such as Donald Trump and England’s recent Brexit vote are key examples of how the rush toward globalism has led to a major backlash, not only among rural or third world countries but also in the developed west.

While the attacks on globalism stem back to the age of colonization, we are starting to see a major shift from the status quo. Globalism has lost support in western developed countries such as Britain and more recently, the United States, which have traditionally led the globalist charge. This loss of support means that globalism is under real threat as attacks against it are emerging around the world.

In Russia and other authoritarian countries, attacks against non-governmental organizations have increased to new heights. NGOs have traditionally been the bastion of globalism and democracy by working with western countries and locals to encourage a civil society that promotes democracy and human rights.

The erosion of NGOs by starving them of funding or demonizing them as western puppets has sent countries that had made major steps towards democracy back into the hands of autocratic regimes.

Simultaneously, we have seen increased restrictions on the free movement of people and the freedom of trade. Supporters of these policies maintain that they benefit their own countries’ trade or security, but they also have major unforeseen costs. There are clear signs that countries with fewer global ties are more susceptible to falling to oppressive governments as well as the loss of an effective civil and economic society.

As future innovations relentlessly push humanity forward, this debate will only continue to gain significance. In the end, it will be up to the people to decide which approach will reign dominant around the world: nationalism or globalism.

Adam Kozloski is a sophomore majoring in economics, political science and computer science. 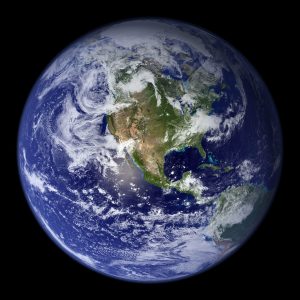