As a U.S. resident, I wholeheartedly embrace our country’s democratic principles. One of the most essential political assets is our ability to have our voices heard regardless of regional origin.

And as a native of Venezuela, I can’t help but feel angered and saddened by the Venezuelan election board’s decision to halt the process for a recall referendum that could have potentially ousted President Nicolás Maduro.

This is only the latest of indignities stemming from the impoverished South-American country. Nicolás Maduro and his allies have consistently suppressed the voices of millions of opposition leaders and protestors, most notably Leopoldo López, who Amnesty International called “a prisoner of conscience.”

In 2014, López was arrested and sentenced to nearly 14 years in prison for his leading role in the mass protests of that same year. However, Franklin Nieves, a prosecutor in López’s trial, subsequently fled to the United States and called the trial a “farce,” admitting that he was pressured by Venezuelan government officials.

The Venezuelan government’s response to Nieves’ comment has been silent – the same government that is led by a man who has frequently praised the totalitarian principles of the Castro regime and joked about the ongoing food shortage in Venezuela, calling it the “Maduro diet.”

Nicolás Maduro’s dangerous lack of accountability and flippant attitude toward the ongoing struggles of the Venezuelan people not only makes him totally unfit to be president, it also makes him directly responsible for the country’s soaring crime rates, staggeringly high inflation rates and now, the death knell for whatever is left of Venezuela’s democracy.

According to a poll by Caracas-based Venebarometro, 88 percent of likely voters would willingly choose to oust Nicolás Maduro in the midst of one of the worst political and economic crises in Venezuela’s history. By disregarding these statistics, Maduro echoes a message that the late President Hugo Chávez upheld far too well – one of carelessness and ignorance.

Protestors must continue to make their voices heard in order to grind through the political malaise that has polluted what was once a more economically stable country. This is a time in which Venezuelans all around the world need to speak up against Maduro’s tyrannical regime. In doing so, Venezuela can move one step closer toward restoring what some Americans take for granted – democracy, liberty, a system of checks and balances and freedom of speech.

Notes for the Vote: Things to know before you touch the ballot
Despite learning curve of new players, Miami sets high hopes for season 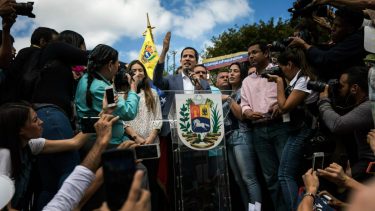 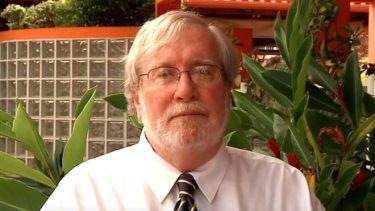