Miami football is going in the wrong direction. Offensive line problems and a lack of depth on defense caused huge issues for the Hurricanes on Thursday night as the team fell to the Virginia Tech Hokies 37-16 for its third straight loss.

Junior quarterback Brad Kaaya was sacked eight times, and was hit on many plays even when he got the ball off. Considering the pressure that was put on Kaaya, he performed well. The quarterback completed 23 of his 38 passes for 323 yards and two touchdowns to just one interception. However, the offense as a whole had difficulty getting to the red zone and converting when it got there.

The run game had a hard time for the third match in a row, totaling just 42 yards. That is the lowest rushing output of the season.

The Canes (4-3, 1-3 ACC) defense has been banged up as of late, and it showed. With players both missing the game and playing injured, the Hokies (5-2, 3-1 ACC) were able to find holes in the Canes defense with ease, both passing and running the football. Virginia Tech totaled 251 rushing yards, 209 more than Miami.

The crowd was heard loud and clear from the kickoff. Virginia Tech showed why Lane Stadium is known as one of the more hostile environments in the ACC.

The Miami offensive line continues to be an issue, not giving Kaaya the adequate time in the pocket to find his receivers.

The Hurricanes were able to pull off some long offensive plays during the game, but the team did not come consistently enough to contribute mightily to the final score.

One of Miami’s best offensive spurts came late in the second quarter, with a six-play, 75-yard scoring drive that included a 39-yard pass completion from Kaaya to freshman wide receiver Ahmmon Richards and a pinpoint 25-yard touchdown pass from Kaaya to junior wide receiver Braxton Berrios. At the time, this would bring the deficit down to 7 going into halftime.

Redshirt senior defensive back Rayshawn Jenkins, who is leading the team in total tackles, hurt what appeared to be his right leg in the third quarter. He was helped off the field by trainers and did not return to the game. The extent of his injury is not yet known.

The Canes will look to get back on the winning track when the team travels to South Bend, Indiana to play Notre Dame at 3:30 p.m on Saturday, Oct. 29.

Isaiah Kim-Martinez can be reached on Twitter at @isaiah5740

Miami and Virginia Tech trade blows in third period, Hokies up 30-16
Americans have not had their day of reckoning with race 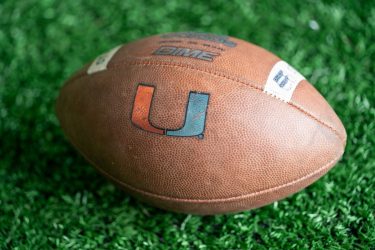