Updated Oct. 6, 9:56 p.m.: In the face of Hurricane Matthew, many students left the Miami area.

“I decided to go home because my mom needed help getting our house ready,” said Orstad, who lives in Mahoney-Pearson Residential College. “Because we have an outdoor open patio, we had to move all that furniture inside and make space in the garage for two cars and everything. So, I just came home to help with all that. I have power, and I have the TV on, so I don’t feel too nervous, but we will see about that heading into tonight.”

Remaining students have prepared to shelter in place. Housing and Residential Life has repeatedly reminded students of safety measures, such as staying away from windows and stocking up on plenty of non-perishable food and water. The Publix across campus was emptied of bottled water, and gallon jugs were disappearing quickly from crates on Wednesday.

Students with bathtubs, like sophomore Christopher Brian, have also used tubs as extra reservoirs for water.

“I am preparing for the storm by stocking up on water. I also have an evacuation plan ready in case UM asks us to leave,” said Brian. Photo courtesy Christopher Brian via Facebook.

Elevators in the University Village, the freshman towers and Mahoney-Pearson are turned off and students have been instructed to avoid using  stairwells.

Residential colleges have, to varying extents, prepared activities for students confined to the buildings, including painting sessions, board games for rent, and dance classes.

A newsletter sent out to residents of Pearson Residential College Wednesday night.

Residents in the University Village can temporarily go to the dining hall during safe weather conditions as well, even if they do not have a meal plan. Students can receive updates about dining hall hours through their UM emails and residential college announcements. The dining halls closed at 5 p.m. on Thursday.

Freshman Lexee Shapiro, who lives in Eaton Residential College and took the featured video below, had her dinner plans trumped by the weather.

“My roommate and I decided to head over to the dining hall to get dinner to take-out,” said Shapiro. “But my umbrella broke due to the wind, so we decided to head back to our room.”

Luckily, Shapiro said that she and her roommate bought non-perishable food and bottled water yesterday at Winn-Dixie.

Students remaining on campus are passing the time by watching Netflix, playing games like Cards Against Humanity,  hanging out with friends, catching up on schoolwork and participating in hurricane parties, despite the fact that alcohol consumption during storm conditions is a major policy violation for students of all ages.

Some students have made a productive use of their time during the hurricane.

Campbell is not the only one using the time to practice his instrument. On the sixth floor of Hecht’s McDonald Tower, a group of student musicians gathered for an impromptu “jam session” benefiting Haiti disaster relief. The video below posted on Facebook by freshman Julia Lynch shows the group practicing.

Others are enjoying the rare chance to relax during these next two days of no school.

“I haven’t really been thinking much about the hurricane. I’ve just been watching as much ‘Criminal Minds’ as I can,” said junior Rachel Johnson, who lives in the University Village.

Senior Yusuf Ali, also in the UV, prepared entertainment to last him throughout the hurricane.

“My roommate and I downloaded a bunch of movies to watch, and we have a portable speaker to play music off of,” said Ali. “We have movies like ‘Django Unchained,’ ‘The Big Short,’ ‘Gravity’ and ‘Pacific Rim.’ We also have some books to read. I made a huge batch of concentrated coffee using an Aeropress and refrigerated it for when the power goes out as well.”

Some students elected to stay in other places in Miami. Freshman Justin Stevens left Hecht Residential College for the Biltmore Hotel near downtown Coral Gables, where a friend’s parent was staying for family weekend.

“We have a lot of water and are currently in the hotel room,” Stevens said. “They assured us that the windows are shock proof and that during the worst of the storm they will not shatter. We still have power and TV, which is keeping us busy.”

Senior Haolin Xiong, who lives near Dadeland, said she went out for lunch but would be staying inside for the rest of the time. Xiong took the video featured below, which shows winds picking up earlier near Toscano Condominiums in Dadeland on Thursday.

“Got two packs of water and a lot of food yesterday,” Xiong noted in a Facebook comment. 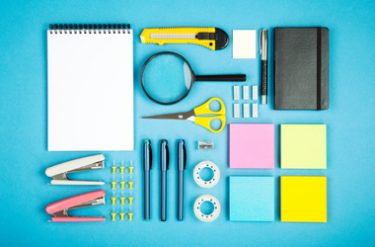