On Tuesdays, I, like many other students working and going to class, am on campus from 9 a.m. to 9 p.m. Yet, when Wednesday morning rolled around, we all still had to go to campus despite most stores already being sold out of necessary hurricane supplies.

It took five hours before and after class on Wednesday waiting in line at the hardware store, then bolting about 100 hurricane shutters to my (probably poorly constructed) off-campus house to get prepared.

And yet, for some reason, the university thought it was acceptable to notify students the same day as class cancellations, on the last day students would plausibly be able to leave town.

Perhaps they did not feel it was necessary to give students, faculty, or staff the time to leave Miami because mandatory evacuations weren’t called for in our area.

But what about students whose families live in other parts of Florida at risk of harsher impacts? Shouldn’t they be able to go home to help their families evacuate and gather belongings?

What about professors who commute from Broward or Palm Beach County, and need more than just a couple hours after work on Wednesday to prepare their homes?

What about campus employees with elderly parents and need to not only secure their own safety, but the safety of their family?

My own justifiably nervous mother had booked a flight for me to come home at noon on Wednesday. By the time I would have had to leave, we still hadn’t found out if classes were cancelled at all.

It might be easy to dismiss this column as coming from a lazy college student groaning about not being excused from class for “hurricane days.” It is also easy to say that the university did the best they could with limited information.

It just seems that the administration prioritized students living on campus, not considering the extent of preparation required for off-campus students, faculty and staff.

Although Thursday class cancellations were announced at a similar time to UM, Miami-Dade public schools had at least announced cancellations for all after-school activities on Wednesday evening at a Tuesday press conference. South Carolina began evacuations four days ahead of expected impact.

UM’s Emergency Notification Network even tweeted at 6:20 a.m. on Wednesday “All preparations must be completed today,” without announcing class cancellations for another five hours.

Of course priorities must be set and uncertainty of impact remains even the day before the storm, but decisions could have been communicated earlier.

Even if decisions could not have been made earlier, updates should have been delivered to students more than once or twice a day, as well as clear explanations given for why they needed to wait.

Correction, Oct. 10, 2016: This column originally stated that Miami-Dade public schools announced cancellations on Tuesday. It has been updated to reflect that only Wednesday’s after-school activities were cancelled on Tuesday, Thursday and Friday class cancellations were not announced until Wednesday morning. 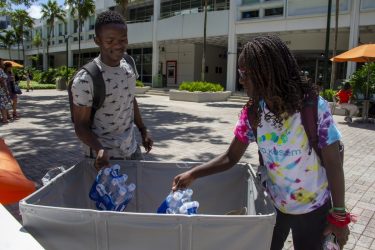 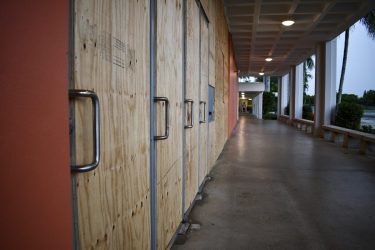