The Miami Hurricanes soccer team set a school record, opening up ACC play with a 3-1 record, by winning its third consecutive conference match with a 2-1 victory over Wake Forest.

“We’ve been wanting to turn around the culture and this program, and I think that it shows that we have,” senior forward Gracie Lachowecki said about the flourishing start to conference play.

Miami jumped out to an early lead in the fourth minute when junior midfielder Grace Rapp played a through ball past the Wake Forest defense to Lachowecki who put it between the keeper’s legs for her eighth goal of the season.

“Grace [Rapp] was really composed and played a nice through ball to me and it was just ‘one v. one’ with the keeper and I slipped it between her legs,” Lachowecki said about the early strike.

Lachowecki’s goal moved her into a tie for fourth on the Hurricanes all-time scoring list with 21 career goals.

However, the Canes’ one goal advantage wouldn’t last long. A costly defensive miscue by Miami led to a goal by Wake Forest midfielder Peyton Perea in the 14th minute.

The Hurricanes and the Demon Deacons traded chances the rest of the half and headed into the break tied up at one apiece.

For the second straight contest, the Canes would strike after the intermission to gain the lead. In the 58th minute, redshirt senior captain defender Shannon McCarthy sent a cross to the far side of the 18-yard box to freshman forward Dejah Cason, who finished in the bottom corner for her second goal of the season.

“It was really about getting the lead,” Cason said about her game winning goal. “We were working so hard and I wanted to be accountable to take the lead for our team so we could win the game.”

Miami would hold Wake Forest to just two shots on goal in the second half and was in control the rest of the way.

“I’m really proud of them,” Miami Head Coach Mary-Frances Monroe said of her team’s performance. “It’s not easy, even for us, to come out for a two o’clock game on a Sunday in the heat and I just thought they stayed composed. They worked hard and got a great win.”

The Canes look to continue making school history as they go for their fourth straight victory when they visit No. 16 North Carolina on Thursday. 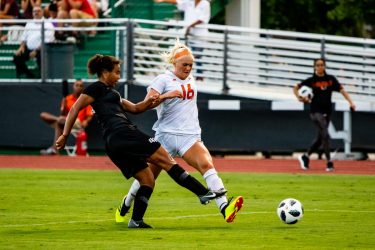 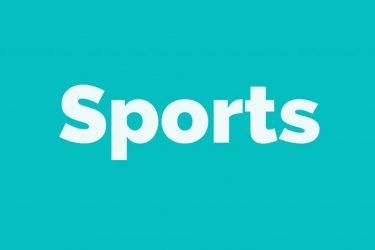 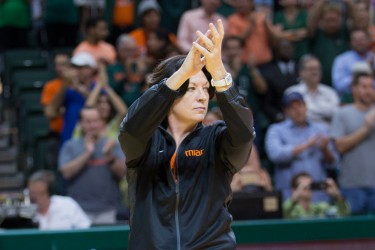