Home » Skyrocketing price of EpiPens may cause disaster for families

Skyrocketing price of EpiPens may cause disaster for families

When I was 13, I almost died. My friend gave me a piece of chocolate from Poland, and not knowing at the time that I was severely allergic to peanuts, I ate it without a care. Thirty minutes later, I had a massive stomachache, my face began to swell up and my throat began to close.

I was lucky. My throat never entirely closed up, and I could still minimally breathe. My doctor basically told me that it was a miracle I was still alive since I did not have an EpiPen to use, and she informed that from that day forth, I would always have to carry one because next time I would not be so lucky.

What she neglected to tell me though was this: that EpiPen would cost me $450 out of pocket and after insurance. Now, that price has risen to $600.

To make matters worse, the purchase of an EpiPen is not a one-time deal. The medicine expires after a year, so a new EpiPen has to be bought annually. Some doctors and school nurses also require carrying more than one pen, raising the cost even further.

I was outraged at the idea that I would not only have to pay $450 to buy the only medicine that could potentially save my life but that I would have to spend more each year to replenish that medicine.

Thankfully, my family could afford an EpiPen, but what about the families who make $600 a week and have a child with a peanut allergy? Are they being asked to risk their child’s life because the price of an EpiPen is too high?

According to the Food Allergy & Anaphylaxis Network, food allergies affect one in 13 children. Up to 200,000 people go to the emergency room a year due to food allergy reactions and approximately 200 people die a year from those reactions.

Food allergies are not uncommon, and medicine should be made more readily available.

In a country where you can get birth control for free and you can get a box of Viagra for $300, there is something wrong with asking someone to pay $600 for the only medicine that can save their life.

But Mylan, the company who produces these pens, keeps increasing the prices. In 2002, the price of an EpiPen was around a more reasonable $150.

There is no clear reason as to why prices keep going up. Mylan has a monopoly on this medication. Its only other competitor, Sanofi’s Auvi-Q, was recalled due to dosing errors. They are running this monopoly just like other businesses runs theirs. Mylan does not exist to maximize their customers’ well-being. It exists to maximize profits.

One would think that no matter how high the prices go, those who rely on an EpiPen for their survival would be willing to match the price. Only 40 percent of individuals who are supposed to carry an EpiPen actually own one, according to a recent study by Nationwide Children’s Hospital in Columbus, Ohio, and 35 percent of those people carry an expired pen. While the study did not address their reasoning, it is reasonable to presume that the outrageous pricing could be a contributing cause.

Politicians will complain about the costs of birth control, abortions and health care reform – the list goes on. Yet the conversation about the price of EpiPens has just started. Maybe this issue is not important to someone who does not carry or know someone who carries an EpiPen.

But think of it like this: without an EpiPen, a child who undergoes an allergic reaction will not live. Without my EpiPen, I could die in less than seven minutes. I could go unconscious in less time than that. I might not even have a chance to say goodbye. All because I ate a nibble of peanuts. 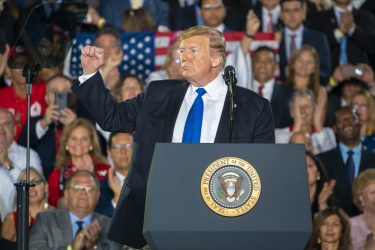