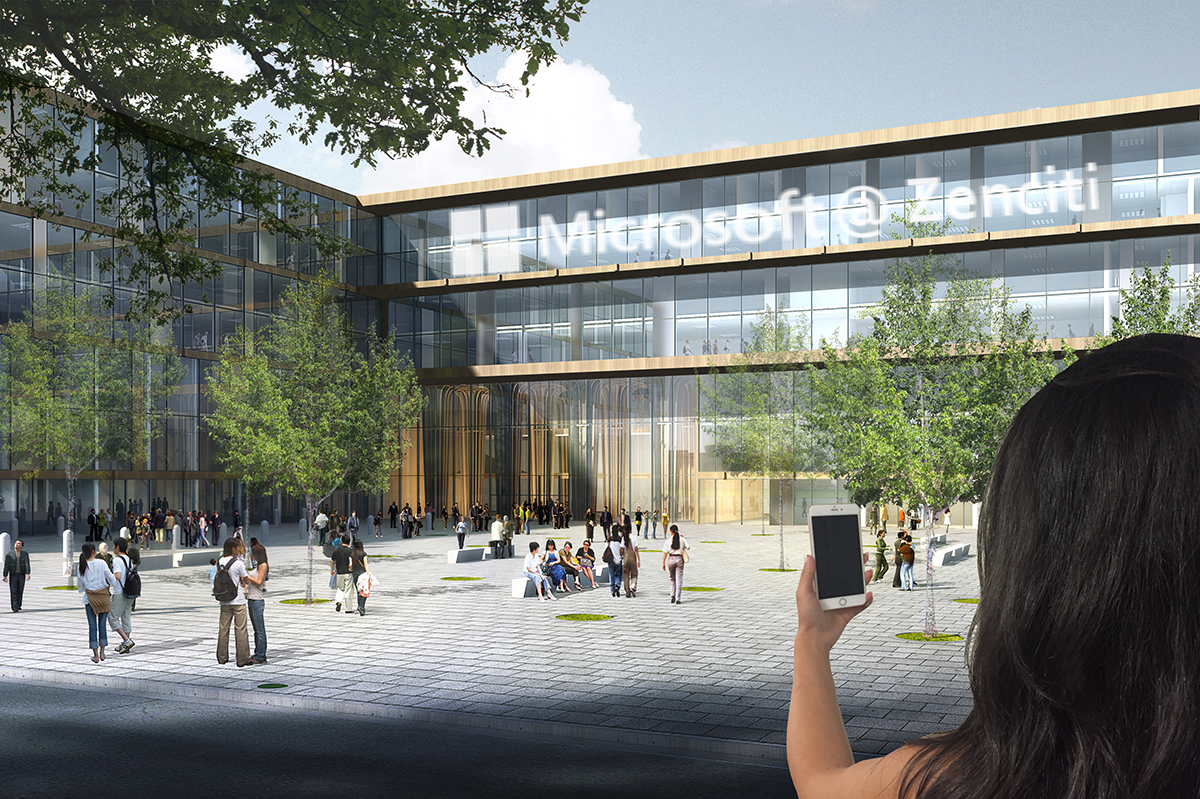 The University of Miami’s School of Architecture (SoA) and the Center for Computational Science (CCS) will be collaborating with IT leaders in the Yucatán to create ZenCiti, a “smart city” expected to revolutionize the IT world with its integration of technology into everyday life.

In March 2016, the CCS partnered with the “Heuristic,” the Yucatán State Government’s Information Technologies Innovation Center. The SoA then joined the hemispheric connection and ZenCiti was born.

Named after the switched syllables in the word “citizen,” ZenCiti will use technology to monitor everyday functions, such as transportation and sewer systems, in order to help them reach their maximum capacity and efficiency.

The project, which is being designed by UM SoA’s Responsive Architecture and Design Lab (RAD-UM Lab), will be built next to the Yucatán Science and Technology Park (YSTP), established by the National Autonomous University of Mexico. RAD-UM Lab specializes in technology-based designing and the “internet of things,” everyday objects that can collect data and connect to modern tech.

The creation of ZenCiti will be both a continuation of cutting-edge work being done at RAD-UM and an expression of UM President Julio Frenk’s goal make UM a “Pan-American university,” a university that has operations across North and South America.

El-Khoury said ZenCiti could be an asset to UM as it will serve as a hub for the development of technology and ideas that can be implemented in future smart cities or already-established urban settings.

“We think of it as a start-up opportunity in that sense, in the way that it’s almost like an incubator of ideas that can be reproduced elsewhere,” said SoA Dean Rodolphe el-Khoury, who is also the director of RAD-UM Lab. “And that’s how I think it could have an impact on the university, in the sense that it is for us a laboratory for ideas, providing us opportunities to develop our research but also apply it to real life situations, test it and develop it even further.”

According to el-Khoury, ZenCiti will be “a site of tech transfer.” Researchers at the STP will be able to develop technology that can be tested in ZenCiti.

One integration being planned for the city is a “horizontal elevator,” where people will be able to call a self-driving car on demand to take them anywhere in the city along a main street. With these types of innovations, the goal is to make the city as user-friendly and efficient as possible to attract not only park workers, but also a young and global pool of people.

Matthew Claudel, an urban researcher at MIT in the Department of Urban Studies and Planning, said the idea of smart cities goes as far back as the eighteenth century Enlightenment era in France.

“The idea of a smart city is not new. I think we have now an incredible source of resources to make this a reality,” Claudel said.

Claudel is co-author of “The City of Tomorrow: Sensors, Networks, Hackers, and the Future of Urban Life.”

The creation of a smart city should be a collaborative effort by people of all disciplines, according to Claudel. This including designers, engineers and politicians. The role of smart cities is to work as the “overarching backbones across the city,” where multiple factors can connect to form the city.

The actual term “smart city” was popularized in Barcelona, where technology has a significant presence in quotidian processes. Computer chips are embedded in the ground around the city to collect data about pollution, traffic and noise.

Garbage cans have sensors to indicate when they’re full, allowing garbage pickup to only be used when needed. Solar panels are built into tall buildings and parking spot sensors send signals to local drivers’ smartphones via an app to give them a better idea of traffic.

Unlike Barcelona, however, ZenCiti will be created completely from scratch between UM and the IT developers in the Yucatán. El-Khoury said he foresees a great part of the city will have been built 10 years from now.

Along with the School of Architecture and RAD-UM Lab, the project also includes plans to involve the College of Engineering and, as the plan progresses, the School of Business Administration and the School of Communication.

Dean el-Khoury also aims to enlist the help of students this fall in designing urban ideas that will be implemented into the design scheme of ZenCiti.

Correction, September 2, 2016: This story previously stated ZenCiti was a result of President Julio Frenk’s initiative, and a collaboration between the University of Miami and the Yucatán State Government. ZenCiti was developed entirely by the University of Miami School of Architecture, the Center for Computational Science and IT leaders in the Yucatán.