After four long years of silence, Frank Ocean ambushed the world with more of his expectation-shattering music. His silky-smooth sound is interwoven with dreamy production and songwriting.

The releases of “Endless,” a 44-minute-long video album, and “Blonde,” the follow-up to Ocean’s wildly successful 2012 studio debut “Channel Orange,” constitute more than a typical album drop. His nearly half-decade-long musical drought left fans rabid with anticipation. This state was heightened by a series of false alarms, including a 2015 photo of Ocean next to a pile of magazines titled “Boys Don’t Cry,” a cryptic live-stream of Ocean woodworking appearing on his website in early August and even false The New York Times reports of earlier release dates.

But on Aug. 19, “Endless” began streaming exclusively on Apple Music. The black and white visual album showed Ocean building a staircase, accompanied entirely by new music. While “Blonde” is receiving the majority of attention as the official follow-up to “Channel Orange,” “Endless” is a gorgeous album that shouldn’t be ignored.

The album begins with “Device Control.” A deep, ominous voice not belonging to Ocean cryptically discusses Apple devices.  The unease dissolves as Ocean wraps listeners in a soft, warm blanket of falsetto as his awe-inspiring cover of Aaliyah’s “At Your Best” fades in, supported by piano and a string section. From there, Ocean winds through the rest of the album, heavily tweaking traditional strong structure and sometimes only giving us a 30-second taste of a song before moving forward.

On “U-N-I-T-Y,” Ocean drops his usual crooning in lieu of punchy, almost-aggressive rap vocals that serve as a reminder there’s more to him than his soft side. With “Hublots,” Ocean takes on background vocals as Jazmine Sullivan soulfully sings for all of 30 seconds. “Slide On Me” and “Rushing” are also highlights on this track list, but the true gem off of “Endless” is “Rushing To.” Ocean’s voice finds strangely perfect melodies within the song’s jazzy guitar chords, building the track slowly until he’s singing poetic lyrics like, “What you give, my words can’t hold.”

Just a day later, the world received “Blonde.” The album starts off strong with “Nikes,” where pitch-shifted vocals glide over a dark, dreamy beat before dropping into an angelic extended outro with harps and strings. Sonic maneuvering brings us to “Ivy,” full of sunny, complex instrumentation and lyrics that are self-reflective yet relatable, like the belt-it-in-your-car chorus, “I thought that I was dreaming when you said you loved me.”

Toward the middle of the album is “Nights,” a radio-ready song infused with the experimental vibes that underscore this entire project. “Solo (Reprise)” features a rapid-fire verse from André 3000. While the song comes close to becoming a high-energy banger, the brakes are applied prematurely.

In the album’s final stretch, things slow down for good. “White Ferrari” sounds like the feeling of staring up at the clouds without a worry in the world. “Seigfried” follows, maintaining the vibe of the last track while providing a vocal performance reminiscent of “Channel Orange.” The penultimate “Godspeed” is an inspirational, minimalistic track that oozes soul before leading into the album’s conclusion, “Futura Free,” in which Ocean speaks casually, exploring his past and providing the audience with a much-needed reminder after listening to these two records, “I’m just a guy, I’m not a God.”

Praises for albums that push boundaries and are ahead of their time are thrown around loosely, but in the cases of “Endless” and “Blonde,” these praises are deserved. While they aren’t perfect, both projects are overflowing with sounds and ideas that don’t exist anywhere else in 2016.  The experience of listening to the albums create one beautiful, emotional piece of art that will have music fans looking back on August fondly.

Mark Richt confirms lack of role in dismissal of defensive players from Hurricanes
U Musings: Social media users should consider issue of privacy 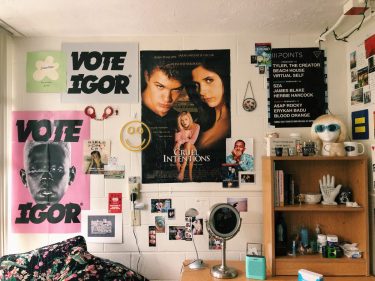 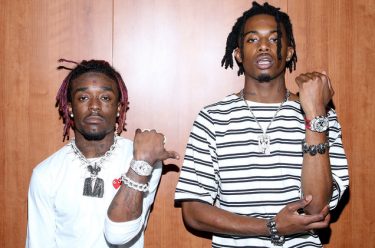