This summer, many students who applied for financial aid through the university may have experienced delays of up to a month in receiving their final packages through Canelink.

According to Joanne Brown, the Director of Financial Aid for the campus Office of Financial Assistance (OFAS), this delay was caused by an unprecedented increase in the number of delayed financial aid applications submitted by students.

This year, all six documents needed to apply for financial aid were due by April 15th. However, according to Brown and Executive Director Financial Assistance Services Raymond Nault-Hix, there were around 700 students who turned in their documents late, resulting in a financial aid processing bottleneck in late June and July. The date for students to pay for fall semester tuition was Aug. 1.

When asked if there was any reason for this abnormally high number of delays, Brown said, “I wish I knew the answer.”

Continuing students who turned in documents after April 15 or incoming freshmen could have been affected by this bottleneck. This is in part due to the fact that freshman financial aid needs to be reviewed twice, once in January while they are applying to colleges and again after April 15.

However, continuing students who turned their documents in on time should have received their financial aid packages in mid-summer.

Brown stated that her office was in “peak processing mode” due to the bottleneck, and as the tuition deadline neared, staff members worked overtime and troubleshooted individual cases over the phone or through walk-in appointments. Students may have experienced delays on the phone or in the office. Some students reported that they tried reaching OFAS for several days, and then reached someone at the office who fixed their problem immediately.

“Preventing enrollment cancellation was our first priority,” Brown said.  “If we did have a student on the phone with a problem we could immediately fix, we tried to take care of that immediately.”

Other requests, like a request for a review of an initial financial aid package, became a lower priority.

“We do see a lot of appeals, but we were just trying to make sure that everyone had at least an initial financial aid package [before Aug. 1st],” Brown said.

As a result, OFAS is still working to troubleshoot students who are missing parts of their financial aid. For students who were missing aid when paying for tuition on Aug. 1, Nault-Hix assures that those students will receive a refund when their eligible financial aid is released.

The current undergraduate financial aid department of OFAS consists of 15 full-time employees. Brown said there are no current plans to expand the staff, but that OFAS is considering moving deadlines up for documents in 2017.

In addition, the U.S. Department of Education will now be releasing the FAFSA on Oct. 1 rather than Jan. 1 using historical tax documents from the “prior prior year.” For 2017, that would mean applying with 2015 tax information.

Sophomore Sarah Schoening had a delayed financial aid package, but the aid was eventually released to her account before Aug. 1. However, she sees room for improvement.

“The website definitely makes it a lot harder [for students to keep track of financial aid],” Schoening said. “A lot of the problems, I feel, could be resolved if the website was easier to navigate.”

On the current Canelink portal, the financial aid checklists for the following school year usually appear in February. They can be accessed using the “My Student Center” page. On the righthand side of the page is a “To-Do” list with items that must be turned in and their respective deadlines.

If you have experienced delays with financial aid/scholarship disbursement, email editor@themiamihurricane.com. 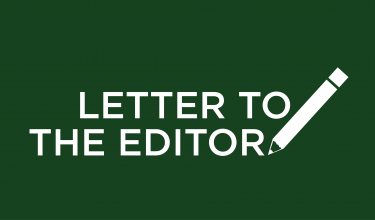