The outcry against HB2 has been immense. According to the Daily Mail, more than 100 business leaders have spoken out against the law, and several big corporations like Lionsgate, PayPal and Braeburn Pharmaceuticals have pulled projects that would have helped spur the economy. Discrimination has proven bad for business.

Yet, last Tuesday, the Mississippi state government also enacted a law allowing businesses to refuse service to gay people as a “religious objection.”

For the last several decades, the LGBT community’s lobbying efforts have been overwhelmingly focused on passing marriage equality. There were applications for appeals to the Supreme Court on the issue since the 1970s. When the Supreme Court finally heard the arguments and affirmed the right of same-sex couples across the United States to marry in Obergefell v. Hodges last spring, it was a huge success. Americans finally felt like we conquered the human rights challenge of our time, and our fellow citizens got the recognition and rights they deserved.

The focus on marriage equality, however, has overshadowed some serious challenges that the LGBT community still faces. The LGBT community has never seen marriage as the final stop on the road to equality, but the next challenge is ensuring that the rest of America does not become complacent and allow opponents of LGBT rights to surreptitiously pass oppressive laws while the public attention is elsewhere.

Persistent gaps in protections for LGBT people range over a whole host of issues, including workplace discrimination, bullying protection, housing discrimination, hate-crime prevention, healthcare access and so-called “religious exemptions.” The NC law is an example of the currently pervasive “bathroom bills,” which force trans people to use the bathrooms of the sex they were assigned at birth.

According to Vox.com, there are only 12 states that protect the rights of trans people to use the bathroom that matches their gender identity and there have been zero reported cases of sexual assault from trans people using bathrooms in those states. All policies should be based on data, and bathroom bills that target trans people have no factual or statistical basis whatsoever. These bills are based on fear mongering and hatred.

Bullying and protection in schools are also important issues for both gay and transgender people. According to an August report in USA Today, 41 percent of transgender people will attempt suicide at some point in their life, nearly 10 times the rate in the general population. Many trans people and experts associate this distressingly high figure with extreme bullying, violence and hate that trans people face.

Yet, according to the Movement Advancement Project (MAP), a think tank focused on LGBT rights, 24 states, including Florida, have no protections for bullying based on gender identity or sexuality. Eight states have laws prohibiting teachers and school officials from even mentioning homosexuality according to the Gay, Lesbian & Straight Education Network (GLSEN), consequently stigmatizing gay people.

Another egregious violation of human rights of the LGBT community is the lack of discrimination protection in the workplace. A 2011 report from the Center for American Progress found that 90 percent of transgender workers have been harassed or discriminated against in the workplace. The report also found that at least 8 percent and as much as 17 percent of LGBT people have been fired from or passed over for a job on the basis of their sexuality or gender identity. Those individuals have absolutely no legal recourse for that discrimination in 28 states, where 52 percent of LGBT people live, according to MAP.

The LGBT rights movement has come a long way and has fought valiantly for decades. Hopefully, it will take us much less time to conquer the next challenges of comprehensive discrimination protection in workplaces, housing, schools, healthcare and everyday commerce. Stay vigilant in supporting your LGBT friends and family by supporting businesses that take a stand for equality, lobbying for enumerated bullying protections in your local school and promoting inclusive environments in your workplaces, clubs and classrooms. 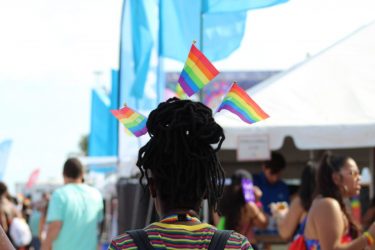