Home » Protection from uncomfortable ideas not part of package

Protection from uncomfortable ideas not part of package

On Monday, an anonymous group of students delivered a letter to President Julio Frenk in response to a Trump demonstration that happened outside of Richter Library last Thursday, in which demonstrators held up signs promoting Trump campaign slogans such as “Build a Wall.” The letter, as submitted, asked for the university to protect “the physical and emotional well-being of students of color.”

The letter asks the university to criticize the demonstration’s use of “racially coded and exclusionist” messages, appealing to the idea that minority and immigrant students should not be forced to be in an environment that “condones hostility” toward them.

But is the university really obligated to shut down the demonstration to create a safe space for students?

The idea that we should judge words and ideas based on their “coded” meanings is an extremely slippery slope. Let’s examine the incident at face value. The demonstration involved a group of students, some of our own peers, vocalizing their support for a political candidate and the Mexican border wall. Nowhere was there explicit or derogatory language, and as far as what has been reported, none of the demonstrators were violent or disrespectful to passersby.

What made students uncomfortable about the slogans were the unspoken associated ideas, not the words themselves. And of course, there are larger, more malicious implications behind the idea of building a wall.

But to silence speech based on the unspoken “coded” ideas is to act on assumption, not concrete danger. The letter asks us to assume that the demonstrators were advocating for the racist or sexist ideas associated with the Trump campaign, despite the fact that nothing in their demonstration did.

It is not the university’s duty to shelter the emotional well-being of students. While keeping us out of real harm, the school also has a duty to prepare us for the complicated, diverse world ahead – diverse not only in terms of skin color, but also in terms of ideas. Not everyone is going to share our values and sensitivities. There will be ideas out there that make us uncomfortable and angry, but we cannot ask the university to punish or denounce them.

Jackie Yang is a sophomore majoring in English and neuroscience. Duly Noted runs the first Thursday of each month. 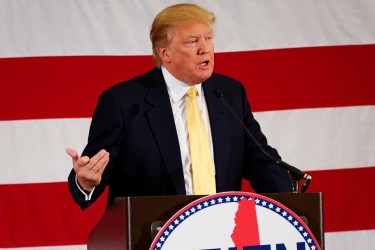