Analysts have remarked that Garland’s judicial history is quite conservative on criminal justice. It may not be an issue talked about as centrally in politics as the economy or trade, but this issue is a key part of a justice’s job and near to the hearts of many Americans.

Supreme Court analyst Tom Goldstein found that Garland very rarely votes in favor of defendants’ appeals in criminal cases. At a time when Hillary Clinton is running – and winning – on fixing deep flaws in the criminal justice system, Garland is holding firm on the status quo.

If conservatives want a justice on the court who will continue to defend criminal justice laws like three strikes, mandatory minimums and the death penalty, they should at least hold hearings to consider confirming Garland. Instead, hours after Justice Scalia’s death, Senate Majority Leader Mitch McConnell affirmed that Republicans will refuse to appoint any nominees President Obama puts forth, before even hearing Garland’s name.

If they were to hedge their bets, Republicans should nominate Garland. He is likely more moderate than any nominee that would be put forth if Obama has a democratic successor; he could help their public relations on criminal justice issues and his appointment would make the G.O.P. look like the more conciliatory party.

But compromise and conciliation is almost nonexistent in national politics; the country is more polarized than ever. Obama’s presidency has proven that the only sure ways to get anything done is to have single-party control over the legislature and presidency, or to use great liberty with executive actions.

Senate Republicans refuse to consider Obama’s nomination under the dogged optimism that a Republican will be elected president and the Senate will remain in Republican control.

The Republicans see a deeply red America, which is somewhat correct. Republicans controlled the House, Senate and the Supreme Court before Scalia passed away. Sixty-two percent of governors, 55 percent of state senators and 56 percent of state representatives are Republicans, according to Ballotpedia. An NBC News and Wall Street Journal poll from last summer found that ideologically, 10 percent more voters identified as conservative than liberal. Republicans see that all they have to do is maintain their strongholds and win just one more election next November in this red America to control every branch of government, including the Supreme Court.

But Republicans have taken a risk. If they fail to confirm President Obama’s Supreme Court nominee and they lose the White House or the Senate, the Supreme Court could move much further to the left than it would with the moderate Garland for decades to come. According to “The Weeds,” a policy podcast from Vox.com, there is an unwritten rule about Supreme Court nominations that, barring very extreme ideological candidates, the Senate will confirm any president’s nomination regardless of party, as long as the candidate has good judicial qualifications. The Senate Republicans have not said they will refuse to follow this norm; they have just delayed confirming a candidate until after the next president’s inauguration. So if a Democrat is elected president, they could end up having to confirm a much more liberal justice.

But the idea of Republican control over the legislature, Supreme Court, state government and the presidency is too enticing. The lure of unchecked party control in all branches of government is enough to persuade the party’s leadership to stand their ground and stave off a Supreme Court appointment, even snubbing a safe choice like Garland.

The Grand Old Party understands that the Democratic nominee has a very real chance of winning the presidency. They remember that much of their control was seized in 2014, an election in which voter turnout was the lowest of any election in 70 years, according to PBS NewsHour. They know their party is ideologically crumbling, and a Trump or Cruz Supreme Court nominee could be much less qualified than Garland.

Yet, the gamble they’re making has incredibly high potential benefits at the risk of some very moderate consequences. Even if a Democrat wins the White House, Senate Republicans have already been working under a divided government, so it’s just four more years of pretty much the same dysfunction. And the risk of a Clinton or Sanders judicial nominee is not enough to scare them into conceding a Supreme Court seat before the next election and giving up on their dream of locking in both the executive and judicial branch.

The gamble makes sense. No one should be surprised if Senate Republicans hold firm and refuse to hear Garland. However, this largely assumes the GOP can hold together and not completely destroy itself from the inside out. If Senate Republicans fall apart into chaos of this presidential election, anything is possible, including a Garland appointment to the Supreme Court. 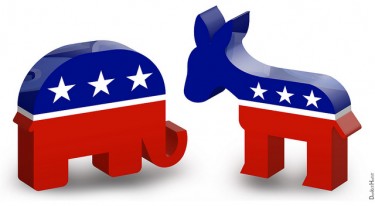 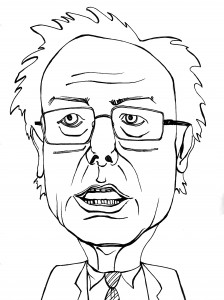