I cringe every time I hear someone say Miami is a “fake” city. As someone who attends school here, it definitely pricks my pride to hear others say that this city’s culture is shallow. Yet I should be used to outsiders generalizing about my home based on impressions. I’m from Jersey, and people from the other 49 states seem to think that we all must look like Snooki … just like how most people think that Pitbull’s music videos depict the lifestyle of every Miami native. Granted, a walk through South Beach will affirm that we do have our fair share of spray tans, loud clubs and fake boobs, but there is definitely more to this city than its image.

An offshoot of this Miami stereotype is the claim that our school is superficial and that all the students on campus are “fake.” I always get a kick out of these claims because it’s always “everyone else” who’s fake, but never the observers themselves It’s human psychology to perceive ourselves in relation to the outside world, and it’s in our nature to tailor our behaviors to a specific audience.

While much of this self-checking is done subconsciously, a large part of constructing our image is done intentionally, specifically on social media. Facebook profiles are nothing more than an opportunity to show the world a very small part of who we are, which may not even be representative of us at all.

Freshman year was basically a mad rush to take as many red-Solo-cup pictures as we could to prove to our old and new friends  that we were getting schmacked at frat parties. We take pictures with people we barely know to make it look like we have tons of friends. Pictures in clubs or in other countries are underscored by a nice geo-tagged “check in” to brag about your location. Our profile pictures are the prettiest pictures of us; we carefully compose our comments and captions and, whether we admit to it or not, we derive some confidence from how many likes we get.

Facebook is a very useful tool for marketing and connecting people, but enough with the false advertising. Before applying every single filter to a picture, remember that people don’t see in Valencia or Hi-Fi. Your #nofilter appearance is what the world sees every day, so there’s no need to change it.

Did you really have fun at that frat party? Chances are, the answer is no. I’d estimate that only one in five frat parties are considered fun (kind of like the ratio of boys to girls at those parties), but according to social media, everyone has a great time: dancing on tables, winning pong, taking shots and dressing in themed outfits.

It’s worrisome. Research shows that levels of depression and anxiety have skyrocketed among teens and young adults as a result of exposure to social media. This makes sense: Facebook might as well be called FOMObook. All you see when you log on are pictures of beautiful people having the time of their lives in exotic places with equally beautiful friends, and you develop the dreaded “fear of missing out.” Selfie sticks and Snapchat have contributed to what psychologists refer to as the Millennial Narcissist Epidemic or Generation Me.

We all need to think twice before posting, commenting and filtering. Does every single moment need to be documented? Does that picture really show what your experience was like? Maybe it’s unrealistic to hope that social media platforms will one day become truer to life. If that’s the case, it’s important to take everything on your newsfeed with a grain of salt. It may be difficult, but don’t fall victim to the FOMO or low self-esteem that is undoubtedly a side effect of having social media accounts.

It’s sad to think that we hide behind computers and smartphones under meticulously designed profiles for specific audiences. If you find social media has an unhealthy effect on your mental health, spend less time on it or deactivate your account. If you are somewhat unfazed by the contents of your newsfeed, then really self-reflect before hitting “post.” And before you pass judgment on the shallowness of “everyone at this school,” think about how you can reduce your contribution to it.

Nayna Shah is a junior majoring in biology. Her column, Swipe Right, regularly runs the second Thursday of each month. 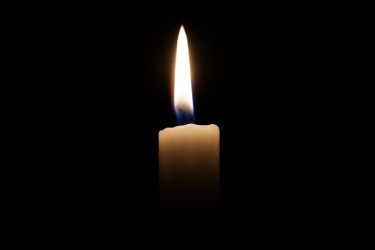 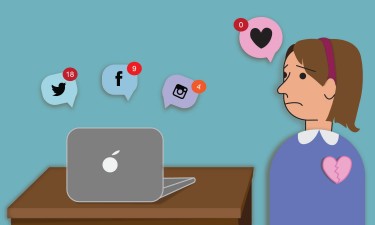