Meaningful change dependent upon our votes The day is April 18, 1775. Dawn breaks over Lexington – and the American Revolution. Seven hundred British soldiers tramp through a township on the eastern coast of what soon will be United States to confront a feeble roundup of less than 80 colonial minutemen who stand in opposition to their king and country.

Although few men died that day, their deaths represent an ideal to which the new country dedicated itself: democracy.

Of course, “democracy” at the time was equivalent to white, landowning men gathered in a room, writing sweeping, hypocritical verses on sweaty parchment before dying at the old age of 43.

Things are very different now, as one would expect to be the case after the passing of centuries. But grandfather clauses and poll taxes are still lasting stains of intolerance in the relatively young history of America – as are the Alien and Sedition Acts, the barring of women from universities and Don’t Ask, Don’t Tell legislation. These are decisions that hindered, rather than expanded, the power of democracy – the very essence of our country’s independence.

But there is a reason why it costs nothing today for every American citizen to cast a ballot, why I am enrolled in college and why anyone can speak out against the government. There is a reason why change happens and that reason lies in the immeasurable power of the voice. It lies in the promise that the United States of America made to its citizens when “common defence [sic]” and “general welfare” were permanently penned into the list of this nation’s top priorities.

Yes, that’s a fairly romanticized view of a country that likes to get drunk off its own glory while millions of its citizens work 70 hours a week to exist just above the threshold of starvation. And yes, sometimes the phrase “equal under the law” seems more like a mockery than a pillar of justice when unarmed black men are being killed for selling cigarettes. And yes, knowledge is not all that powerful when accompanied by $100,000 in student debt.

So yes, there will always be reasons to believe that nothing will ever improve. And yes, change on a large scale can be devastatingly incremental.

But it is possible.

When people stop believing that change is possible, progress stagnates.

It is easy to fall victim to this political self-fulfilling prophecy. The perception that progress is unachievable creates a defeatist atmosphere that ultimately muffles any person’s motivation to enact change, leaving everything the same and everybody unhappy. Thankfully, this disheartening situation need not be our permanent reality.

This country — be it great, selfish, overrated, glorious or what have you — was founded on the principle that fair representation in government is the lifeblood of a functioning society. The 2016 presidential race is quite possibly the most peculiar and certainly the most polarizing election cycle in recent memory. These are changing times. There are big issues at hand. Your support is needed. Your voice is powerful.

Mackenzie Karbon is a freshman majoring in jazz performance. Her new column, Here’s That Rainy Day, runs every third Thursday of each month.

Relief pitchers vital for team’s success this season
Dear V: My bae might be gay 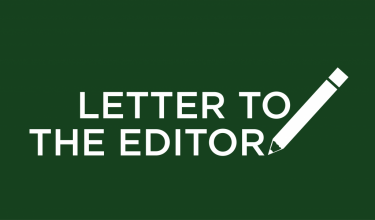