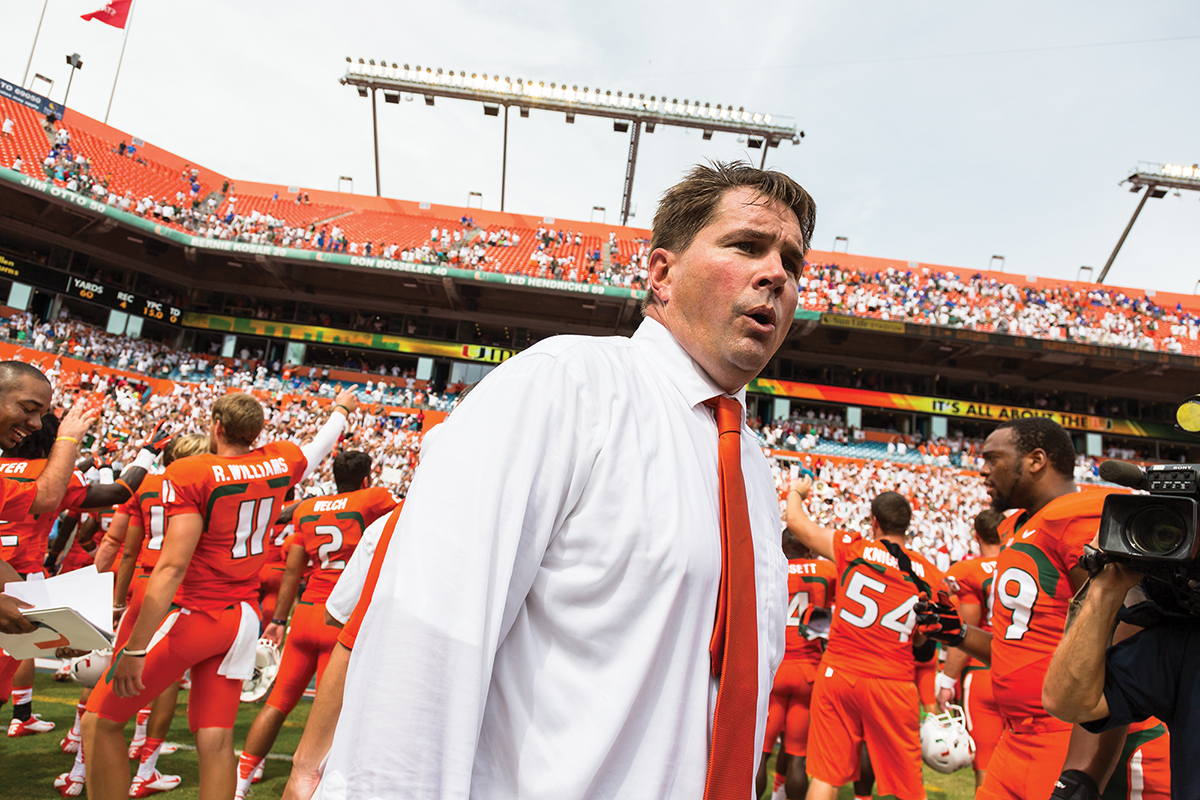 The #Lions have hired former #Miami coach Al Golden to coach TEs for them. He'd talked with the #Cowboys about a DBs coach position.

Former Hurricanes Head Coach Al Golden is the new tight ends coach for the Detroit Lions, per multiple reports. Golden was 32-25 in four and a half seasons at Miami. Golden was fired on Oct. 25 last year one day after the Hurricanes lost at home to Clemson 58-0, the worst defeat in team history.

“Coach Golden has led our program through some very difficult times and he has done so with class, integrity and a true desire to see our students succeed on the field, in the classroom and in the community,” Director of Athletics Blake James said in a statement after firing Golden. “However, we have a proud tradition of excellence at Miami, not just in football but in all sports, and we want to compete for ACC and national championships. I simply believe that now is the time to bring the Hurricane Family together and rally behind our young men.”

Golden played tight end in college at Penn St. for four years from 1987-1991. Golden was recently linked with the Dallas Cowboys as a possible destination. He was friends with current Cowboys coach Jason Garrett growing up in New Jersey.