For years, soccer superstar David Beckham and his team of investors have hoped to build a stadium in Miami in an effort to revitalize the city’s major league soccer scene. After months of pursuing a stadium next to Marlins Park, Beckham’s team of investors revealed their plan to build it on a nine-acre site on the western edge of Overtown, following months of negotiations with county and city officials.

While information about the stadium itself has yet to be divulged, many have welcomed the idea with open arms, including Miami-Dade County Mayor Carlos Giménez. For local fans of soccer, the introduction of a new stadium in an area that will surely benefit from it seems like a win-win.

But that may not necessarily be the case. For decades, Overtown has been one of Miami’s poorest neighborhoods. It has suffered some of the worst symptoms of urban decay and poverty with almost no retail chains or restaurants to buttress it economically. Unemployment and crime rates remain high, and while parts of downtown Miami have undergone significant improvements over the years, Overtown has remained neglected.

Now, Miami Beckham United is promising what appears to be a saving grace. Despite praise from a local community of soccer fans, one can easily question whether or not an economic overhaul for an area that truly needs it is guaranteed.

This is an issue that should be analyzed retrospectively. Numerous stadiums exist on Miami’s soil, most notably the Marlins Stadium that was unveiled to the public in 2012. The development of this particular stadium was a lofty and ambitious project. Marlins Park regularly attracts large amounts of tourists and local fans to Little Havana on a regular basis, bringing people together in an area that, much like Overtown, also has had very little economic success. While certainly not the poorest neighborhood in Miami, Little Havana had once reached a point, according to Census 2000, where more than 25 percent of its residents were impoverished due to a severe lack of business momentum.

Back in the late 2000s, when Little Havana was pitched as the site of the upcoming Marlins Park, residents were promised what Overtown is being promised today: a more economically viable neighborhood and further growth.

However, some promises couldn’t be kept. As luxurious as the stadium is, the surrounding stores and restaurants remain notably diminutive. Despite attracting more than 20,000 visitors on a daily basis, Marlins Park has one of the lowest attendance rates in the league, culled from a long list of disastrous seasonal reports revealing the city’s $2 billion debt along with relatively weak profits. These poor results were lamented by residents and city officials, including City of Miami Mayor Tomás Regalado.

To some extent, it seemed as though development was recklessly completed, with more focus on the alluring prospect of a shiny new tourist attraction rather than concrete plans to recuperate costs quickly. The predicted cost of the Marlins Stadium was largely underestimated due to unprecedentedly high interest rates and the public’s current inability to repay bonds, which could quite possibly increase the bill to more than $2 billion in the future.

Little Havana’s failed revitalization could very well be a harbinger of what’s to come for Overtown. It goes without saying that David Beckham’s team shouldn’t make any promises that they can’t keep. While they can easily provide a ballpark estimate of how they plan to invest in the local economy, Miami Beckham United must also consider factors such as property taxes and the overall convenience of the location to ensure whether or not they’d be making a net profit and whether or not said earnings would be sufficient enough to evenly support local businesses.

Guaranteeing a more exhilarating soccer scene for the sake of making money may be facile, but elucidating the intricate nature of reviving a sullen, withering economy is the next direction that Miami Beckham United needs to go toward if they’re to quell any skepticisms that the residents of Overtown may have in regards to their neighborhood’s future, which now needs attention more than ever. 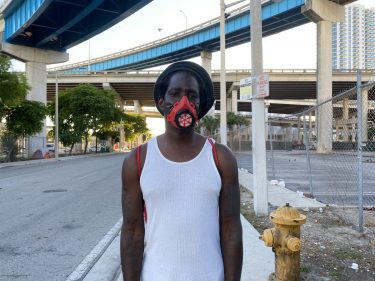