With “Star Wars: The Force Awakens” storming into theaters last month, fans across the globe collectively rekindled the venerable “Star Wars” franchise, catapulting it back to the top of the box office. While there has been plenty of buzz about “The Force Awakens” itself, off to the sidelines, long-term fans have reignited conversations about the series’s past.

Were the original films really that great? Yes and no. Were the prequels actually good? Yes. Is Jar Jar Binks a Sith Lord? Nope. However, a discussion that sorely needs more attention is that about “Star Wars” creator George Lucas’s infamous “special editions” and what rights an artist has to his work after release. For years, the conversation has been dominated by reactionary fanboy sentiment, and now would be a great time to reevaluate that conversation.

In the mid-90s, Lucas went about editing the first trilogy of the “Star Wars” films. Scenes were added, modern digital effects were composited into pre-existing shots and edits were made to smooth over continuity issues between movies. Fans were furious and, in many ways, their frustration is understandable. The added CGI work is an eyesore, worsened by the fact that it’s superimposed on a film that was clearly made in a pre-digital era. It wasn’t too long after these “special editions” completed their theatrical run that they superseded the original versions and became the only versions “Star Wars” fans could purchase for home viewing. The unaltered versions disappeared from the shelves and have become something of a rarity today.

A sentiment rose among fans that has endured to this day: George Lucas had no right to take the original cuts and replace them with these “specialized” versions. Once a piece of art has been released, it is out of the creator’s hands to micromanage and control.

In light of how abysmal some of the alterations were (though there are some necessary changes among them), it’s understandable why this argument developed. That being said, in the grand scheme of art-making, this view makes little sense. This is why we, as fans of the franchise, must reevaluate our stance on this “special editions” matter and the subject of artistic ownership as a whole. How much of a right does George Lucas have to replace existing versions of his art with updated ones? The answer, whether fans like it or not, is: every right in the world.

An important distinction to make is that Lucas never actually took anything from anybody. The way fans phrase the events of the “special editioning” would make you believe that Lucas himself sent a squad of stormtroopers into the houses of innocent, well-meaning fans and ripped the original cuts from their fingers. Clearly, this did not happen. In actuality, Lucasfilm simply stopped selling one version of the film and kept on selling another.

Let’s take a step back for a moment and realize how common and reasonable this practice is: in virtually no other field would someone demand what fans insist of Lucas. Nobody would tell a chef they need to continue selling every previous iteration of their prized dish; nobody would tell an author that they need to continue printing the third, second and first editions of their novel. In the course of business and art history, creators replacing outdated versions of their work is a commonplace action met with relatively passive response, with the almost-singular exception of “Star Wars.”

Take, for example, J.R.R. Tolkien’s iconic fantasy novel “The Hobbit.” By the second edition of the novel, Tolkien was deep into writing the sequel “The Lord of the Rings.” While writing it he realized that, for storytelling purposes, the way he characterized the role of Gollum in “The Hobbit” wasn’t conducive to the story he needed to tell in the sequel. He went back and rewrote “Riddles in the Dark,” the most famous chapter of “The Hobbit,” fundamentally altering the tone, dynamics of the scene and Gollum’s character. Unlike the overwhelming majority of Lucas’s changes, Tolkien didn’t simply make some poor aesthetic alterations, he fundamentally changed the dramatic content of the novel’s most iconic moments. Nobody complained. This altered version of “The Hobbit” is the only version of the book that has been sold in stores for more than 60 years.

The key differences in the cases of “The Hobbit” and “Star Wars?” In one case, the changes were appreciated; in the other case, the changes were generally poor. The notion of a creative having “no right” to update their work vaporizes when consumers like the changes. It’s not much of a “conviction,” it’s merely a smokescreen of thin logic designed to validate the possessiveness of fan bases.

Fans must accept that just because they love something doesn’t mean they have ownership over it. What “right” does George Lucas or Tolkien have? Every right. Or, in any case, more of a right than you or I have to dictate changes to works they created. Artists are free to alter their work by transforming it and repackaging it. Whether or not we like the choices they make has no bearing on whether they are allowed to make those choices.

Andrew Allen is a junior majoring in communications. 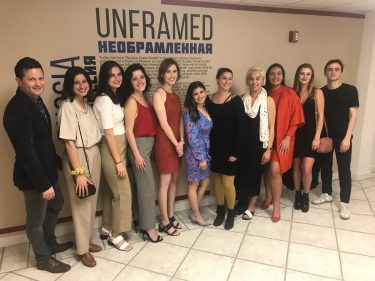