On Jan. 1, 2010, a six-year-old Italian tourist and his parents were dining at a restaurant in Midtown. Shortly after midnight, the boy was struck in the chest by a falling bullet that was shot in the air by an unidentified person. On Jan. 1, 2013, a man and his family celebrated New Year’s Eve just outside his home with fireworks. Moments after midnight, he was hit in the upper left shoulder by a stray bullet.

These are the alarming incidents that community leaders and police departments in Miami wish to eradicate as part of a larger campaign that warrants attention, not only in South Florida but across the nation. The issue of celebratory gunfire is one that could quickly turn someone’s New Year’s Eve into a day of mourning due to negligent gun owners.

While discussions about firearms and gun legislation have simmered into a hot political debate in the United States, the subject of celebratory gunfire has always been, for the most part, detached from the larger issue for several key reasons. For one, in many states, including Florida, celebratory gunfire is already illegal and is considered a first-degree misdemeanor. Nevertheless, these incidents, most of them committed without the intention to kill, are ceaseless and sometimes tragic.

On Dec. 29, 2015, police departments and community leaders of Miami joined forces for the 17th annual “No More Stray Bullets” campaign, which regains momentum on a yearly basis to speak out against the practice of firing bullets into the air to celebrate the New Year.

Needless to say, it seems like common sense to avoid this practice, yet celebratory gunfire still hurts individuals around the country. To prevent stunts like these, gun owners who recklessly engage in celebratory gunfire must be educated about how their actions could have drastic legal and safety-related consequences. This can be accomplished by raising awareness for the “No More Stray Bullets” campaign, especially during celebratory periods such as New Year’s Eve when such incidents are commonplace.

“There is no place for shooting a gun to celebrate,” Miami Police Chief Rodolfo Llanes said during December’s press conference. “Guns are used for hunting and other purposes for protection, not to celebrate.”

These are the words that need to resonate with local communities for the sake of innocent civilians. Those who treasure their Second Amendment rights should not abuse them. Despite the fact that the 2016 New Year celebrations have come to a close, there will likely be other similar incidents to come. The “No More Stray Bullets” is a worthy initiative that should be taken seriously and one that is likely to prevent more tragedies through the dissemination of an imperative, life-saving message. 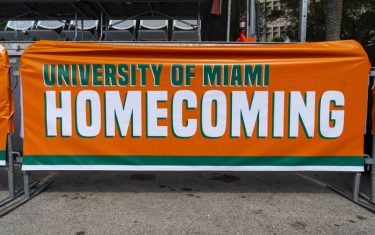