At the end of this month, 6,000 federal prison inmates once convicted for nonviolent drug offenses will be released. This is a direct result of the retroactive application of the United States Sentencing Commission’s sentence reduction for drug offenses committed during the ’80s and ’90s, decades marred by draconian penalties. This mass release of prisoners is a long-awaited step to solve one of our nation’s most overlooked humanitarian issues: prison overcrowding.

Overcrowding is a problem that has made prison conditions unnecessarily inhumane and more brutal than is warranted by any crime or violation of the law. The Eighth Amendment’s prohibition against “cruel and unusual punishment” has become empty words rather than a constitutionally protected right. In fact, a 2012 Government Accountability Office report on the exceedingly crowded prisons in our nation documented that these institutions were a gross 39 percent over capacity in 2011, creating fertile breeding grounds for violence. Multiple prisoners being shoehorned into cells designed for one occupant and lacking easy access to rehabilitative programs are also symptomatic of an overpopulated prison.

Although some tend to discount America’s dismal prison conditions altogether or justify them by reasoning that the conditions are well deserved, it’s outrageous to deem such degrading situations acceptable simply because they are inflicted upon lawbreakers. The effects of prison overcrowding far exceed what can be considered an appropriate punishment for any offense. Despite the past actions of some inmates, all individuals, especially under the custody of the law, should be able to wake up in a safe environment and not be crammed in a cell with several other inmates. There is simply no calculable benefit for anyone to disregard the undue and unnecessary suffering of an individual who may have committed nonviolent crimes.

Beyond the morally murky waters of dehumanization lies the violent and disarrayed culture congested prisons breed, which also poses a potential risk for the average law-abiding citizen. If the old maxim “violence begets violence” is true, is it wise to allow prisoners who will one day be reintroduced into society to inhabit prisons permeated with anguish and woe?

In addition to the upcoming release of the federal inmates, there are some further reasons for optimism about overcrowded prisons. The legalization of marijuana in a number of states may reduce the number of incarcerations for minor drug-related offenses. Likewise, bipartisan prison reform efforts in Congress are drawing attention to the current state of our country’s penal institutions and confronting the counterproductive sentencing laws for drug crimes.

An overcrowded prison is a prison that is not only a cruel and unusual place but also a setting where rehabilitation is a fading fantasy. However, amendments to the long sentences leftover from the War on Drugs and increasingly liberal attitudes regarding drug offenses give hope for turning prisons into an environment in which nonviolent prisoners can constructively learn from previous errors.

Matthew Brotz is a sophomore majoring in philosophy

Photo of the Week: HP Fall Fever on the Rock
Golden fails to turn around bad record this season despite team’s talent 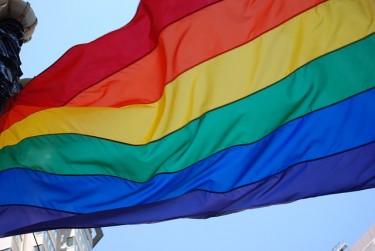