Round two of the race for the coveted 2016 Republican nomination kicked off Wednesday night, suitably enough, at the Ronald Reagan Presidential Library in California. Each of the Republican hopefuls were there, with the debate divided into two segments—one for the lesser known candidates and one for the more popular ones.

While the first segment included your everyday political bickering and lukewarm promises from politicians such as Sen. Lindsey Graham and former governor Rick Santorum to make America a conservative wonderland, it was the final segment that dominated political news the following morning.

And of course, where there’s Trump, there’s bound to be discomfort.

In fact, many of the initial questions of the debate were geared towards the seemingly terrifying prospect of a Trump administration, which could easily cause a hapless television viewer to question whether they were watching a debate or a roast.

The moderators sorely missed many golden opportunities to ask the candidates plenty of solid political questions, and instead played a tired game of he-said-this and she-said-that, igniting nothing more but a tense debacle among the candidates. Many of CNN’s questions caused the debate to descend into bedlam by bringing past remarks made by the Republican hopefuls into light and using them to incite petty arguments about their past achievements, some of which were irrelevant to their candidacies. Donald Trump, as one could imagine, wasn’t hesitant with the personal attacks, going as far as to mock Sen. Rand Paul’s appearance while refusing to apologize for a previous inflammatory Twitter post that accused former governor Jeb Bush of “liking the Mexican illegals because of his wife.”

It’s tragic to see the media focus so heavily on these details, but then again, it was a controversial media network that was moderating the debate, so it’s almost as if the audience was set up for a lose-lose situation.

When the candidates weren’t busy praising Reagan or bragging about their past accomplishments, they were obliquely answering questions on some heated topics, such as immigration, foreign policy, and the economy.

The Donald, of course, maintained his profligate stance of deporting every undocumented immigrant in the nation and subsequently building the Great Wall of Trump, while Mr. Bush, on the other hand, struggled to come off as sympathetic towards the illegal immigrant cause despite his history of flip-flopping on the issue. Bush, who’s arguably considered the most liberal Republican in the race, has previously proposed granting undocumented immigrants a “pathway to citizenship,” but hasn’t quite given any details on how he would contribute to a deal that would receive bipartisan support.

And ultimately, that’s what most of the debate was missing. Details. Arguably, the most detailed part of the debate was when Hewlett-Packard CEO Carly Fiorina began describing, in graphic detail, one of the controversial Planned Parenthood videos in which the organization was accused of using the parts of aborted fetuses for profit.

Being a successful businessman may help Mr. Trump in the polls, but ultimately, it all narrows down to legislation. Simply addressing how much money you have doesn’t quite guarantee that you’ll be a shoo-in for the Oval Office, nor does being a successful neurosurgeon or CEO.

However, it takes two to tango. While many of the candidates were “braggadocious,” as the Donald would say, media networks also need to start coming up with questions that involve actual social and political issues, rather than trivialities that result in grade-level squabbling.

The next major Republican debate will be hosted at the University of Colorado in Boulder on Oct. 28, hosted by CNBC. As former governor George Pataki would say, hopefully there will be less “incomprehensible goobledygook.” 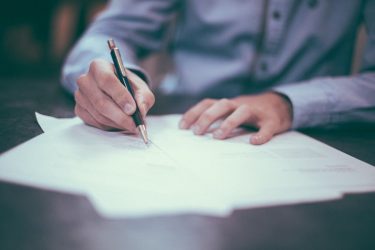 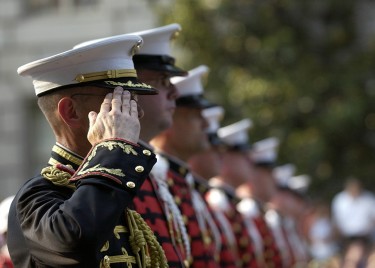