Hurricane football fans gather at the Knight Sports Complex for Saturday’s CanesFest in anticipation of the first game of the season next weekend. Victoria Cameron // Contributing Photographer

Tropical storm Erika was never going to ruin one of the most joyous days of the year for the Hurricanes. Despite warnings of rainstorms, thousands of UM fans hoping to meet football players and coaches filled Greentree Practice Fields and the Schwartz Center for CanesFest on Saturday.

Scores of players on the football team spent the sunny afternoon signing autographs for fans on the practice field, while coach Al Golden and his staff did the same inside the Schwartz Center.

Members of the team were touched by the strong showing of supporters who attended the annual event held one week before the first game of the season.

“It’s great to come out here and see the support and make other people smile and give back to them and show our appreciation,” said senior linebacker Raphael Kirby, one of three captains on the team. “They’re dressed up in all types of stuff. It’s exciting when you have a lot of fans that care about you and the program.”

Junior wide receiver Stacy Coley added, “It feels great to see how many supporters we have in this community and at the school. We put in so much work for the team. We’re ready to showcase our talent.”

One fan, sporting a Hurricanes-styled Boba Fett helmet and cape, loved being at an event filled with other die-hard supporters.

“It’s amazing. A lot of energy, a lot of good feelings,” Daniel Dipoalo said. “I became a Miami Hurricanes fan last year. I grew up a Notre Dame fan, but these guys make you feel like you’re home. You come down here and come to the games and you feel at home, you feel like family.”

The autograph session lasted from 4-5 p.m., but star quarterback Brad Kaaya continued to sign his name for an extra 20 minutes until every fan got the sophomore’s signature. The leader of the team enjoyed the festive event, but remained focused on the upcoming game against Bethune-Cookman.

“This team always has a sense of urgency,” Kaaya said. “This is the week before the season, so we all kind of realize it’s game week now. Bethune-Cookman’s week started.”

Athletes from a variety of sports came out to the practice field and played with the seemingly endless number of kids sporting Hurricanes apparel.

Players on the basketball team played pop-a-shot, the baseball team set up a pitching station, the golf team worked on the youngsters’ putting stroke and the women’s tennis team rallied with anyone that picked up a racket.

“It feels great seeing all the fans come out support us. It’s just like a family reunion, basically,” senior guard Sheldon McClellan said. “We’re just trying to come out here and show the fans that we have love for them.”

“All of the support we have, I’m kind of overwhelmed right here,” Weber said. “I’m from the Netherlands, so we don’t have this super cool university feeling, like really belonging to university, so that’s awesome for me.”

Lindy Sparby, Miami’s director of marketing, spent the whole summer organizing the event that she estimated drew around 5,000 people.

“Three months of planning to get it done,” Sparby said. “Now it’s awesome to see that it was a success. This is a great kickoff event. Even with the weather, I thought we had a great turnout.” 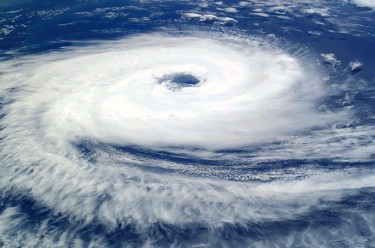