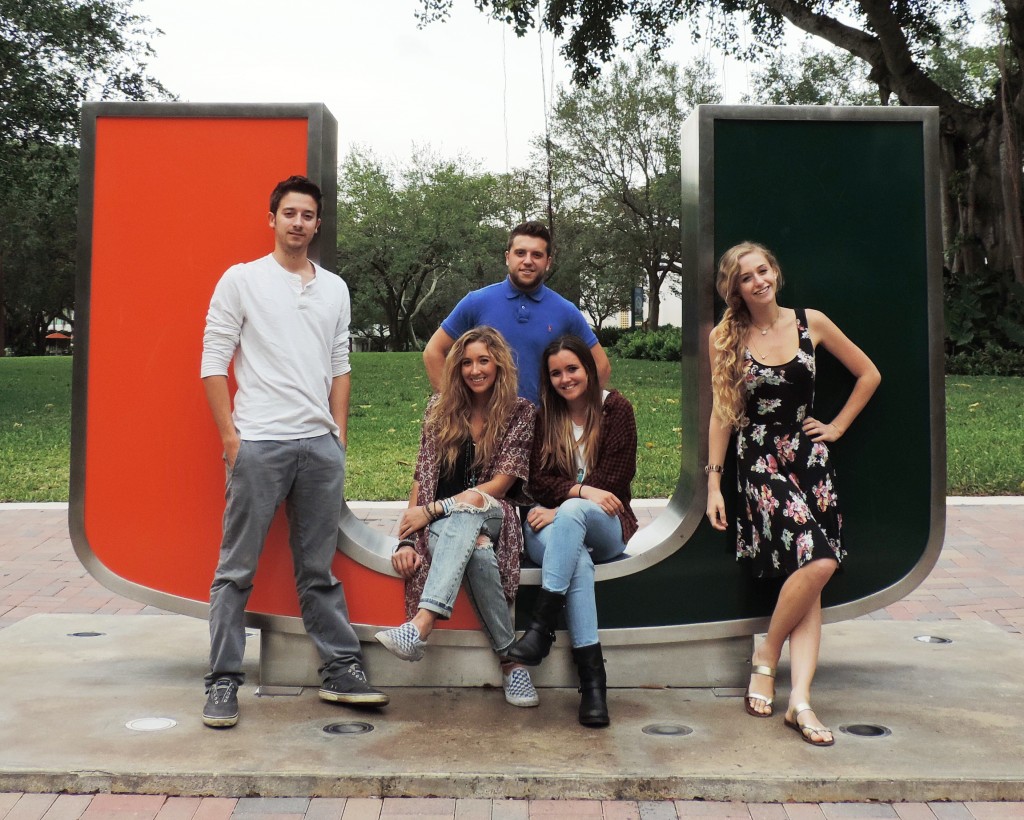 Prime time television may get a taste of University of Miami talent.

Graduating seniors Jake Gillman and Andie Isaacs aim to produce their television pilot “Life on Mars,” a story about Brooklynite David Mars and his struggles of becoming a famous screenwriter. At the suggestion of his therapist, Mars pens an episodic diary which gets discovered by an up-and-coming agent who wants to turn Mars’ story into a television series.

David Isaacs – the pilot’s executive producer, UM alumnus and Andie’s father – brings his 40 years of sitcom screenwriting and producing to “Life on Mars.” Some of his prior projects include “Mad Men,” “The Simpsons,” “Cheers,” “Fraiser” and “M*A*S*H.”

“After reading the first page of the script, I called Andie. It truly is like nothing I have ever read before,” David Isaacs said. “Jake has a unique writing style that is very hard to find today.”

“Life on Mars” is an example of how David Isaacs plays a role at UM and in student life. He was a screenwriting major and is part of the President’s Council, a select advisory group of Miami alumni.

“My aunt Ila Rosenbaum was the person who really taught me to read. She also was very funny and I always believed that if she had a chance, she could have had a career like mine,” he said. “So when she passed away, I thought it would be a great idea to start a scholarship in her name to support women attempting to be screenwriters.”

During a meeting at the Rat, Andie and Gillman thought of story ideas after being introduced by a mutual friend.

“We started working on it in January and we’re currently on draft 22,” Andie said. “We had the main idea after a week or so, but Jake has kind of taken over the writing aspect and I’ve been working more on the producing side.”

Andie is a public relations student who worked on ABC’s sitcom “Black-ish” last summer and HBO’s upcoming series “Ballers.” Gillman, a motion pictures major with a concentration in screenwriting, was a hired screenwriter for a former HBO executive and wrote an adapted screenplay based on a Stephen King short story. It is set for production this month.
“Writing is my passion, and I’ve always had a love of storytelling. To be able to hear the words that I wrote acted out is like no other feeling, and I’m so excited to see this script on screen,” Gillman said. “I hope to make viewers laugh, and that everyone involved in the production has a good time.”

The two brought in fellow seniors Robert Combs and Alexa Prosniewski, who will act as production manager and co-producer, respectively. Julia Levy, a rising senior, joined the team as campaign manger for the fundraiser.

At UM, funds are not provided to produce a project, so in order to execute “Life on Mars,” the team is turning to Indiegogo, a crowdfunding website, to raise $20,000 to help with production expenses, which include camera equipment, props, permits and more.

The team hopes a network will pick up the series. It plans to host an official screening in August.