New University of Miami President Julio Frenk has a stellar background in the public health department, but less is known about the incoming president’s experience regarding athletics.

Frenk lacks an obvious track record that would point to great success in the future for the Hurricanes on the field. That doesn’t mean Canes fans should get their pitchforks ready, though.

On the day of Frenk’s announcement, he carved out time to meet with several of the school’s head coaches for about 45 minutes.

Frenk, a former soccer and basketball player, told Tim Reynolds of the Associated Press that he believes “athletics is an integral part of education [and] higher education, and [he looks] forward to getting very much involved in that part of university life.”

Football Head Coach Al Golden seemed impressed with Frenk in a prepared statement when he said: “This is a tremendous day for the University of Miami and our student athletes. I know he will continue to build on our university’s wonderful foundation and take us to even greater heights.”

“I was really impressed that on his very first day, he carved out time to meet with the athletics administration and all of the head coaches,” Meier told the Associated Press. “It’s a real statement for athletics and our position and this university, and we look forward to his leadership.”

Men’s basketball Head Coach Jim Larrañaga followed suit and told Susan Miller Degnan of the Miami Herald, “As a coach, you hope that your administration is going to be very, very supportive of athletics. And from what I understand, he is.’’

The first impressions from the coaches indicate that the Hurricanes will fare just fine under Frenk. However, no one knows for sure how the Canes will perform in the coming years. 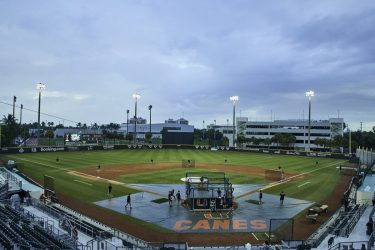